↓ Skip to Main Content
Home › Learners › A Journey of Opportunities: Climate Change and Me

A Journey of Opportunities: Climate Change and Me 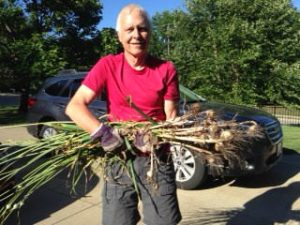 To the Wilmette Institute’s Climate Change 2018 course, Roger Lutley, who lives in Edwardsville, Illinois, USA, brought an extensive background: a degree in biology from the University of California, Berkeley; sixteen years pioneering in Iceland and working at the Museum of Natural History and the Institute for Experimental Pathology at the University of Iceland; and jobs in the United States in biotech and biopharmaceutical companies.

Roger entered the Climate Change course hoping “to gain a better understanding of the scientific and spiritual concepts related to this complex subject” and to find “ways to discuss this in meaningful ways” in his local community. How did his goals work out? Like plans many of us make, they took some turns (all for the good), and some threads were left hanging.

What Roger Learned. Roger noted that he “wanted to assess” his “learning progress throughout the course and found that participating in the course has been a journey, which has been full of opportunities to assess, question, review, debate, and enjoy all that has been covered throughout the duration of the course.” He also found that the data (references and facts) “is immense, but that the course was able to make that data more accessible.”

Roger’s Outreach to Colleagues. He said that he “wanted to discuss aspects of the course subject matter at least three times a week with others,” and he “was easily able to do that.” But his colleagues threw him a bit of a curve. “Although the subject matter itself was interesting to those with whom I discussed it, many of my colleagues who are scientists were quite interested in hearing about the format of the course itself—who offered it, how it was organized, and the goals.” Roger now sees “future opportunities to discuss the Wilmette Institute with a number of friends and colleagues.”

Threads Left Hanging. Roger hoped to use “the course as a building block to contribute to community building and uniting activities.” “This,” he says, “is still a work in progress as, although I have discussed the course during gatherings of the friends, I know this can be further developed, and I will continue to work on this.” He says that he is “trying to think of a variety of ways to offer, as well as look for a wider range of forums where the subject can be discussed freely and in engaging ways.” He is certain that he can use “the arts, music, hands-on activities” to involve children and youth in working on climate change.