↓ Skip to Main Content
Home › Web Talks › A Library of Web Talks 24/7/365: John Hatcher on the Bicentenary and Paul Hanley on “Eleven”

A Library of Web Talks 24/7/365: John Hatcher on the Bicentenary and Paul Hanley on “Eleven”

A library of Wilmette Institute Web Talks is available to you 24/7/365. Click on the Wilmette Institute’s web site, then on the “Web Talks” tab, then on a talk from 2015, 2016, or 2017. You can read a bit about the talk and then sit back and enjoy. You may be particularly interested in the most recent two talks from October 2017. 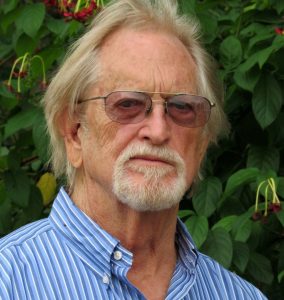 John’s journey followed a path that a number of Bahá’ís have experienced: becoming a Bahá’í in a large Bahá’í community where we learn a lot by word of mouth from deepened Bahá’ís and then moving away and becoming an isolated believer. An image of ‘Abdu’l-Bahá became John’s companion, and he began to study the Bahá’í writings himself. One final proof remained in his journey (though he said he went through many other valuable tests): learning to accept Muhammad as a Messenger of God (in the 1950s when very few in the United States were discussing Islam). Thus, John said, Bahá’u’lláh and His teachings, became his Mizán, the standard by which he takes himself into account each day, makes critical choices in his daily life, understands what is happening in the world, decides how best to dedicate his energy and actions, and regulates everything he thinks, every course of action he undertakes, and the means by which he prepares himself for his transition into the afterlife. “Oh, Bahá’u’lláh” is the phrase by which he constantly communes with his Most Intimate Friend.

John apologized for giving a talk on the bicentenary by talking about his journey in becoming a Bahá’í. But some of the listeners said he could attach the video talk to his will as his testament. A learner commented after the talk: “I think the personal approach was informative and heartwarming . . . something that is often omitted in highly intellectual Bahá’í presentations. l re-learned a great deal about the Bahá’í writings and history through his personal account. I especially appreciated his posting quotations complete with page numbers. A big thanks to John Hatcher.” John’s presentation did, indeed, include many quotations, as well as photographs presented in unusual ways and philosophical concepts presented in easily understandable ways.

Read more about John’s Web Talk, access the talk itself, and print out his PowerPoint. Get a group of friends together for an evening of viewing and discussion.

Paul Hanley’s “Eleven.” Paul Hanley’s Web Talk was based on his book Eleven and served as an introduction to a Wilmette Institute course he was offering: “Sustaining 11 Billion People: Challenges for an Ever-Advancing Civilization.” But the talk, studded with references to scientists and scholars and the Bahá’í writings, illustrated with innovative, colorful, and heart-stopping photographs and charts, and including two short videos, is essential listening for anyone who has tried to understand and talk about how our planet will survive to the end of this century with the many problems it is facing and enduring.

Paul began with two propositions that address Bahá’u’lláh’s admonition to humankind to “carry forward an ever-advancing civilization”: Proposition 1—Uniting the planet will heal the planet (the ecosystem that is a reflection of the current human condition); Proposition 2—Healing the planet will unite humanity. Then he discussed the driving forces behind integration and disintegration, quoting ‘Abdu’l-Bahá and Shoghi Effendi about the reality of human beings being their thought and the outer world’s being a reflection of our inner selves and vice versa.

The state of the earth’s permanent emergencies (typified by fires and floods) took up the next section of Paul’s talk, together with the Great Acceleration that began in the 1950s, when growth and pollution skyrocketed, bringing 12,000 malls to North America, 25 billion livestock, 1.7 billion buildings to heat, cool, and light, and the need for 35 billion barrels of oil per year. Right now we are overshooting the earth’s capacity by 60 percent, meaning that we need 1.6 earths to sustain us. By the end of the century we will need 5 earths.

Although the risks are many, Paul says, there is room for hope. Taking the panarchy theory of stages through which forests go (growth, conservation, release, reorganization) and applying it to human society, we are due for an enormous pulse of transformation during which we need to respond with diverse adventures in living (action, reflection, and so on).  Since political changes do not work very well, we need transformation on an unprecedented scale—a new culture, a new agricultural culture, a new race of human beings, an ethical revolution. We need to release dollars by flipping our needs from the materialistic to the transcendent and constructive. A Great Deceleration would avoid pollution, transform food and agriculture, utilize agro-ecology of small farms, carbon farming, restoring the ecosphere, restoring degraded land about the size of the African continent. Such a transformation requires our reading reality correctly, developing unity of thought, balancing the material and spiritual, developing the capacity for service, becoming action oriented, and being systematic worldwide. Paul used many examples throughout his talk to illustrate what is already being done and what can be used more widely.

Paul ended his talk almost where he began. (1) Human unity is a prerequisite for reintegrating the ecosphere. (2) Changing our inner world and relationships also change the outer world. (3) Healing the planet will help unite humankind. Watch the video yourself, or gather your family to watch it, or bring a group of friends together. The conversations that emerge are bound to be interesting, and the actions you take will contribute to decreasing the size of your ecological footprint.

Here are easy links: More about Paul’s talk on Eleven; Paul’s Web Talk itself; and Paul’s PowerPoint itself.