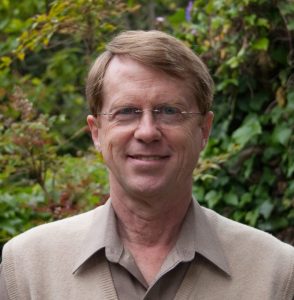 Finding a website that adds to our understanding of the history of the Bahá’í Faith is always exciting. This time Greg Dahl, a second-generation Bahá’í, has put up a website on which he has been working for a long time. About the project, he says: “I am happy to announce that my many-years’ project of putting photographs and recordings of historical interest to Bahá’ís on a website is now ready for general viewing at www.dahls.net/historical.” The new website includes:

This list may not be up to date, as Greg says he is still adding to the website from his trove of recordings.

Greg ends his description of what is on his new site by saying, “Enjoy! Any corrections or additions to the photograph captions are welcome.” You can send corrections to him at:greg650@dahls.net.

Greg Dahl became interested in promoting music created by Bahá’ís when he was in graduate school in the late 1960s and was encouraged by the U.S. National Spiritual Assembly of the Bahá’ís of the United States. The first record album he produced, Fire and Snow, was distributed by the U.S. Bahá’í Publishing Trust. He served on the National Committee on Music with Mimi McClellan in the late 1960s and on the Special Materials Committee. While traveling around the world visiting Bahá’í communities in 1972–73, taking photographs and making recordings, he saw in Hong Kong the March 28, 1971, Memorandum on Publishing from the Universal House of Justice and learned that it encouraged Bahá’ís to publish a wide variety of materials. As a result, he started his own business, Images International, which published and distributed many materials created by Bahá’ís, including records and tapes.

After completing his studies in economics at Harvard University, Greg pursued a twenty-seven-year career as an economist and senior official of the International Monetary Fund (IMF). The job led to postings lasting ten years as the resident representative of the IMF in Haiti, Sierra Leone, Bulgaria, and Madagascar. His book, One World, One People: How Globalization is Shaping Our Future, was published under the Bahá’í Publishing imprint of the U.S. Bahá’í Publishing Trust in 2007. Greg is a second generation Bahá’í and has traveled and visited Bahá’í communities in over one hundred countries. He served on the National Spiritual Assembly of Bulgaria for ten years and as its secretary for five years and has been a Deputy Trustee of Ḥuqúqu’lláh since 2008. He currently lives in the Czech Republic with his family.

Greg was launched into his website project by the desire to preserve his father’s photographs, many of which were fading and in danger of being lost and which required scanning and digital restoration. He also inherited recordings of Bahá’ís. That led to the bigger task of preserving his own photographs and recordings. And we now have the website.

The link to Greg Dahl’s newly launched website is one that you will want to add to your Favorites list.