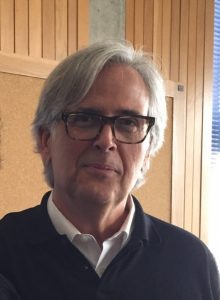 The Wilmette Institute is pleased to announce a series of three Web Talks in April by Dr. Todd Lawson on “The Bahá’í Faith and the Qur’an.” Each talk will focus on a different aspect of the Qur’an: (1) April 9: “The Qur’an, The First Book in Arabic; (2) April 16: The Qur’an in the Writings of Bahá’u’lláh and the Báb; and (3) April 23: The Qur’anic Epic and the Creation of Humanity.” The new talks are called out in bold in the list below so that you can put them on your calendar and perhaps round up a group of people to listen to the talks with you. Next month we will have more information about each of the three talks.

The Wilmette Institute is continuing to plan Web Talks for November and December.

All Wilmette Institute’s Web Talks are free and open to the public, but they require you to sign up in advance. Check “Web Talks/Webinars” in this issue; or watch for flyers and announcements; or keep checking http://wilmetteinstitute.org, and then clicking on “Web Talks.”

The Web Talks use a system that transmits audio and video of the speakers and the PowerPoint slides they generally use. Audience members listening to the live broadcast can comment on the talks and ask questions by typing them into a “chat” box. Anyone viewing the talk at a later date will hear the questions and answers from the live broadcast.

After a live Web Talk is given, it is generally posted on the Wilmette Institute’s YouTube channel within 24 hours, where you can access the Web Talks from 2015 and 2016. The Institute will upload 2017 Web Talks as they are given.