This month, March 2016, we mark the centenary of ‘Abdu’l-Bahá’s revelation of the first Tablets of the Divine Plan. Of the fourteen tablets, eight were revealed between March 26 and April 19, 1916; six more followed in February and March 1917. ‘Abdu’l-Bahá revealed them to the Bahá’ís in the United States and Canada, a region He had visited for eight months and had left just three and a third years earlier. While in North America, ‘Abdu’l-Bahá spoke often to the Bahá’ís about the urgent need to teach the Faith. He had been very impressed by the energy and dedication of the North American Bahá’ís, many of whom had already traveled worldwide to proclaim the Bahá’í teachings, and through His North American talks had prepared them for the role the Tablets of the Divine Plan would bestow on them. 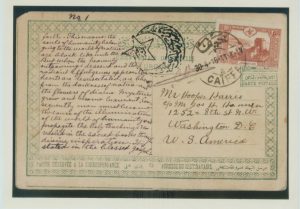 The American Bahá’ís responded immediately to ‘Abdu’l-Bahá’s call to teach. The September 8, 1916, issue of Star of the West suggested that the communities that received the tablets serve as unofficial coordinators of teaching in their regions and establish teaching funds. Traveling teachers set out to open new towns and cities to the Faith by giving lectures at universities, churches, and public halls. A new appreciation for systematic effort began to spread among the Bahá’ís, which set the stage for the election of local spiritual assembles six years later, after the provisions of ‘Abdu’l-Bahá’s Will and Testament became known. A new era for the Bahá’í community did not begin for another five years—the Formative Age (1921–) and the beginning of the effort to build the Administrative Order—but with the activity stirred by receipt of the Tablets of the Divine Plan, the first glimmers of that dawn could be discerned.

In September 1916, the editors of the Star of the West called the five tablets first received “a trumpet call to action” and asked the Bahá’ís to arise in “united service.” Almost one hundred years later, the Universal House of Justice, in its December 29, 2015, message, referred to the Tablets of the Divine Plan as “the charter for the teaching work” that “set out not only the strategies” for teaching the Faith, “but guiding principles and unchanging spiritual prerequisites.” “Every effort” of the Bahá’ís over the last century to “propagate the divine teachings” systematically “traces its origins to the forces set in motion in the Divine Plan.”

As we study these foundational tablets again during the centenary of their revelation, no doubt we will be inspired with new insights, find our consecration to the Cause renewed, and discover our determination to take the teachings of Bahá’u’lláh to all humanity reinforced many fold.

The Universal House of Justice, in its January 2, 2016, letter puts it this way: “Every moment is precious. We long to see every believer choose the path of consecrated service and high endeavor to which ‘Abdu’l-Bahá repeatedly summoned the friends in the Tablet of the Divine Plan.”