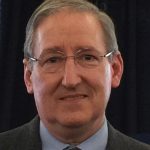 Mark Vaccaro, a Bahá’í from Oklahoma City, Oklahoma, USA, a learner in the Wilmette Institute course Writing Biographies and Histories: Recording Stories of People and Places 2017, had a lot to say about his passion: making audiovisual recordings of fellow Bahá’ís in his home state as part of The Oklahoma Bahá’í Oral History Project and sending them to the National Bahá’í Archives. He and a fellow Bahá’í Alex Resnick started the project in 2004 as an individual initiative and have so far interviewed sixty-two Bahá’ís who now live in or previously lived in Oklahoma.

With thirteen years of oral histories under his belt before he enrolled in Writing Biographies and Histories, Mark had much to say about the art and craft of making oral histories and what new information he learned. Among his new understandings and insights are these:

In all Wilmette Institute courses, one goal (or hope) is that the learners end their study with new or improved skills. Writing Biographies and Histories was no exception, and Mark, with the ongoing oral-history project in his state, reported that he had learned a great deal: 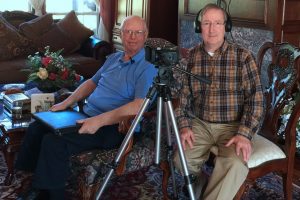 I have improved my skills in talking to people for Bahá’í oral history interviews. I found the video by Sonia Purnell helpful concerning how to approach writing a biography. The how-to articles throughout the course were quite practical and helpful as well. These will remain as resources for me to return to in the future. The video about how to do an oral history interview was good and pointed out not only what should be done but also what should not be done. My work for some time has been in accordance with those guidelines. I was so happy to learn of the many online resources for biographers. I had not heard of approximately one-third of them. I have carefully bookmarked each of them. I have learned of the importance of creating a timeline in advance to guide my interviews and to help me keep the interviews following a chronological sequence.

As for new feelings and new attitudes about oral histories, Mark wrote this:

I have become even more aware of the critical importance of creating Bahá’í biographies both written and oral. More of them need to be done while we are closer in time to our subjects. It will be much more difficult in the future to find primary source material on the early Bahá’ís, and I consider the Bahá’ís alive today as early Bahá’ís.

Then he went on to say:

The course has reinforced my decision to keep on doing what I have been doing. I have been passionate about documenting the development of the Bahá’í Faith both here and abroad for almost forty years. I look for every opportunity to take photographs and videos of Bahá’ís and Bahá’í activities and submit them to the National Bahá’í Archives and when possible to the local Bahá’í archives as well. When I find valuable Bahá’í photos that others have, I see that they are duplicated, identified, and sent to the National Bahá’í Archives.

Now that the course on Writing Biographies and Histories has ended, Mark says that he “will continue doing oral history interviews on video of Bahá’ís, mostly in Oklahoma.” He hopes that “the interviews will continue to improve over time with techniques learned in the course.”

The Wilmette Institute will offer Writing Biographies and Histories: Recording Stories of People and Places again, beginning on November 1, 2018. That gives you plenty of time to think about what written or oral history project you would like to undertake and to do some preliminary work. Watch for registration information later in the year.