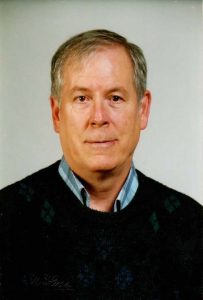 Barron Harper became a Baha’i in 1967 just in time to attend a conference with Hand of the Cause Mr. Samandari as the main speaker. Besides pioneering with his wife, Dr. Nancy Lee Harper, to Argentina from 1975 to 1977 and Portugal from 1992 to 2013, he has served on Local Spiritual Assemblies in Texas, Missouri, and New Mexico; Regional Teaching Committees (RTC) in Texas; and the National Teaching, Pioneering and Institute Committees in Portugal. In the late 1960s, he submitted articles entitled Baha’i Beliefs to an African-American newspaper, prepared and published the Baha’i newsletter of east Texas for the RTC, wrote an extensive article on Stewardship and the Hands of the Cause, authored two books on the Hands entitled Lights of Fortitude and Unfurling the Divine Standard, and collaborated with the former Counselor Donald Witzel in his book, Los Escogidos de la Promesa Divina (Las Manos de la Causa de Dios Asociadas con America Latina). Mr. Harper holds a Masters degree in Accounting from the University of North Texas and professionally is a tax consultant and preparer for Americans residing overseas.