↓ Skip to Main Content
Home › News › Benjamin Schewel and a New Way to Think about Religion: A Web Talk Not to Miss

Benjamin Schewel and a New Way to Think about Religion: A Web Talk Not to Miss

Dr. Benjamin Schewel, in his recent Web Talk discussed his innovative approach to thinking about religion. Called “Seven Ways of Looking at Religion,” his talk was a summary from his 2017 book (Yale University Press) of the same name and of his 2015 article in The Journal of Bahá’í Studies, “Seven Narratives of Religion: A Framework for Engaging Contemporary Research.” Dr. Schewel, a Bahá’í with a PhD in philosophy from KU Leuven in Belgium, goes beyond his book and relates each of the seven ways of looking at (or narratives about) religion to passages in the Bahá’í writings.

Dr. Schewel’s Web Talk is now available on the Wilmette Institute’s YouTube Channel (it has English subtitles and will soon also have them in Spanish as well); his PowerPoint is also available and is helpful in following Schewel’s discussion.

Why a New Approach to Understanding Religion? One reason for Schewel’s new approach to the phenomenon of religion is the failure of the secularization hypothesis, the primary way scholars have thought about religion for decades. That hypothesis assumes that religion was believed and practiced by less-educated individuals and societies and that, as education and familiarity with science increased, the need for religion would disappear, and it would wither away. The worldwide resurgence of conservative and fundamentalist forms of religion worldwide, beginning in the 1980s, revealed the inadequacy of such an approach to religion. But what approach is better?

In his Web Talk, Schewel classified the various approaches to religion proposed by scholars in seven categories and explored the strengths and weakness of each from a Bahá’í perspective. His talk was accompanied by a very helpful PowerPoint filled with quotations from religious scholars and from the Bahá’í writings.

Substraction Narratives. Subtraction narratives, Schewel explained, propose that religion was a coping mechanism for dealing with powerlessness in the face of natural and social forces. Religion thus is false perception of and wishful thinking about the world. As society advances, subtraction narratives see religion becoming less necessary. The secularization hypothesis is itself an example of this approach to religion. The Bahá’í sacred texts agree that there are many outmoded ideas and superstitious practices in religion but that religion itself evolves and changes over time, just as society and culture do. Hence its outworn aspects need to be replaced. 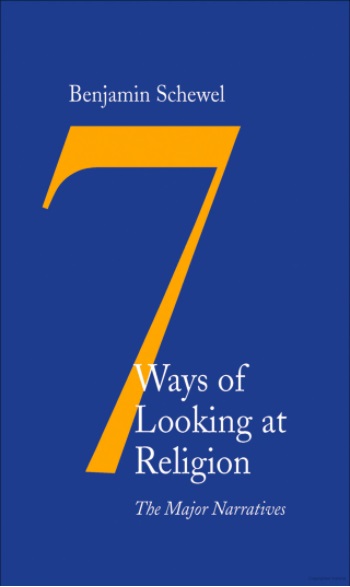 Renewal Narratives. In contrast to substraction narratives, other scholars hold to renewal narratives, which claim that modern society has abandoned certain essential religious truths and reestablishing them will resolve many of the problems with which modern society is plagued. The classic examples of this approach are religious fundamentalisms, which posit an ideal religious society in the past (such as biblical Christianity, medieval Catholicism, or Mecca under Muhammad) from which modernity has led us away. Here, modernity is a bad thing rather than a good thing as it is in subtraction narratives. The Bahá’í sacred texts agree that renewal is necessary and that modernity has many bad aspects, but they do not ground religious renewal in the traditions of the past.

Transsecular Narratatives. Transsecular narratives provide a third approach. They argue that the forces of modernity—specifically, science, democracy, literacy, education, capitalism, and self-determination—do not lead to a secular society but provide conditions for a profound renewal of religions. Thus they see a positive relationship between religion and modernity (in contrast to the negative relationship that subtraction and renewal narratives envision). The Bahá’í sacred texts very much agree that religion is undergoing a major transition as humanity enters an age of maturity, and they praise the development of democracy, the rule of law, and human rights. But they also critique excesses the forces of modernity are creating.

Postnaturalist Narratives. Postnaturalist narratives offer a fourth approach to religion. They reject naturalism, the idea that science can tell us all we need to know about the world. Such an approach accuses naturalists of having a fear of religion as a phenomenon and that argues that religious insights are important for understanding the world (though postnaturalists tend to downplay the idea that religion is a distinct system of knowledge). In contrast, the Bahá’í sacred texts argue that science and religion are two necessary and complimentary approaches to truth.

Construct Narratives. The fifth approach to religion Schewel calls the construct narratives. This approach notes that the word “religion” did not refer to a distinct system of knowledge and practice in the past and that many “religions” such as Hinduism and Buddhism did not even have words for themselves until the nineteenth century. In essence, this approach is critical of the notion that such a “thing” as religion even exists—that the idea is a modern construct, either a useful one or misreading of reality. Examination of tribal and other cultures shows that “religion” is thoroughly embedded in the social and cultural practices of society and is, indeed, hard to separate out from other aspects of human life. One Common Faith, commissioned by the Universal House of Justice, notes that “confusion . . . surrounds virtually every aspect of the subject of religion” and that Bahá’u’lláh “recast the whole conception of religion as the principal force impelling the development of consciousness” (pars. 22, 29). Indeed, the Bahá’í teachings definitely acknowledge the existence of something called “religion.”

Perennial Narratives. Perennial narratives offer a sixth approach. In a sense, these narratives are the opposite of transsecular narratives: they posit that the essence of religion is a response to transcendence, and some responses are universal among all religious traditions, while others are culturally specific. A few perennialists argue that all religions were purer in the past and that their responses to the transcendent have become corrupted by ritualism, clericalism, or secularism over time. Others posit perennialism as a useful basis for interfaith dialogue because it recognizes universals in all religions based on our human responses to a common transcendent experience. The Bahá’í sacred texts agree that there is a perennial human response to the sacred and that those responses are diverse because of the different cultures and eras in which they developed, but the Bahá’í approach sets perennial themes in a development context.

Developmental Narratives. Developmental narratives are the seventh and final approach that Schewel outlined in his Web Talk. Various development or evolutionary schemes for religion have been proposed. Early schemes placed Christianity at the apex of religious evolution and assigned the other traditions to lower rungs on the ladder, inevitably with the implication that they were inferior to the final stage of religion provided by Jesus Christ. More recently, Robert Bellah, a renowned American sociologist of religion (1927–2013), proposed a set of sociological stages in religious development, from “primitive” to “archaic” and “historic” religion. The most recent form of his argument stops at the Axial Age, the pivotal period in Eurasian history from about 1,000 BCE to about 500 BCE during which “the intellectual, philosophical, and religious systems that came to shape subsequent human society and culture emerged.” Bellah’s scheme recognizes the roles of the major prophetic figures and thus resonates somewhat with the Bahá’í principle of progressive revelation. 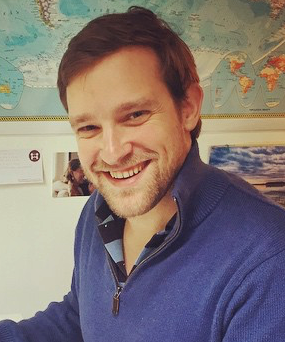 A New Axial Age. Schewel concluded his Web Talk by considering the possibility that modernity represents a New Axial Age. If this is the case, then aspects of all seven approaches to religion are useful lenses for studying religion, which is simultaneously dealing with the new possibilities and negative aspects of modernity. It is re-visioning nature through the new lens of science; and is both being renewed and transformed. The idea of a New Axial Age will be the subject of his next book.

Dr. Benjamin Schewel’s credentials are impressive. He is a Fellow in the Centre for Religion, Conflict and the Public Domain at the University of Groningen and an Affiliate Scholar at the Institute for Advanced Studies in Culture at the University of Virginia. He is also a Research and Policy Officer at the Bahá’í International Community’s European Office. He received a PhD in philosophy from KU Leuven and has also held visiting positions at the universities of Oxford, Cambridge, Utrecht, and Addis Ababa. In his research, Ben concentrates on questions concerning religion and history. His book entitled Seven Ways of Looking at Religion was published by Yale University Press in 2017. In 2018 Ben (together with Geoffey Cameron) has edited and published Religion and Public Discourse in an Age of Transition: Reflections on Bahá’í Practice and Thought (Wilfrid Laurier UP, 2018). Ben is currently working on another book for Yale University Press, entitled Encountering the Axial Age.