“Building a World Federation: The Key to Solving Our Global Crises”: The Wilmette Institute’s Tenth Web Talk on October 25 by Sovaida Ma’ani Ewing

“Building a World Federation: The Key to Solving Our Global Crises” is the topic of the Wilmette Institute’s Tenth Web Talk on October 25, marking its Twentieth Anniversary. It is also the title of a book that Sovaida Ma’ani Ewing has just published and the name of a seven-week Wilmette Institute course that begins on October 1. The talk will begin at 2 p.m. Eastern time on Sunday, October 25 (11 a.m. Pacific time, 7 p.m. GMT U.K., 8 p.m. Western Europe). Click here to register for the talk. 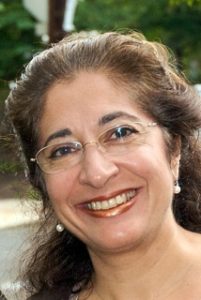 Ewing, an international lawyer and the founding director of the Center for Peace and Global Governance (http://cpgg.org), will discuss how humanity has been passing through stages of collective growth and moving toward integration and unity. Humanity’s current collective crises, she says, including climate change, financial upheavals, proliferation of nuclear weapons, gross human-rights atrocities, and mismanagement of critical natural resources, are manifestations of humanity’s passage through a turbulent adolescence. The only way to a peaceful world is for humanity to take the next step toward maturity by establishing collective decision-making institutions that can evolve into a world federation of nation-states. In her talk she will propose the steps that humanity needs to take toward the creation of global federation institutions and also demonstrate how the establishment of its constituent institutions will facilitate the solutions to humankind’s seemingly intractable global problems.

In her role as the founding director of the Center for Peace and Global Governance (CPGG), Ewing manages a virtual think tank and online forum that pools and proposes principled solutions to pressing global problems through publications, podcasts, lectures, workshops, webinars, and targeted consulting. CPGG has just published Sovaida’s latest book entitled Building a World Federation: The Key to Solving Our Global Crises. She is also the author of Collective Security Within Reach, published by George Ronald in 2008. She maintains a blog that analyzes and offers principled solutions to current global problems at http://collectivesecurity.blogspot.com. Ewing has also published Laws of the Kitab-i-Aqdas, Tracing Their Evolution in Religious History, coauthored with Baharieh Rouhani Ma’ani (George Ronald, 2004) and Creating a Bahá’í Identity in Our Children (Grace Publications, 2004).

There is still time to sign up for Ewing’s course Building a World Federation: The Key to Solving Our Global Crises, which runs from October 1 through November 18. Click here to register.