Department of Bahá’í History and Texts

Edward Diliberto was a member of the Auxiliary Board of the Bahá’í Continental Counselors of North America for twelve years. He traveled with his family for several years on missions to Argentina. Ed was Director of the Bahá’í Youth Institute at the Bosch Bahá’í School for Three Years, as well as a teacher and Administrator in Elementary Education in several countries. He was a member of the Bahá’í Advisory Board to the Center for Bahá’í Studies in Beijing China for five years, and presented several Academic Papers in Beijing under the auspices if the Center for Bahá’í Studies. He have been on the Staff of the Wilmette Institute since 2011.

Ed is the author of the book Heroes of the New Age, a dramatic account of the actions and sacrifice of those men and women who took up the Cause of the Báb beginning in 1844 until the Báb’s martyrdom in 1850. Published by George Ronald, Oxford. 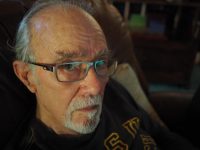 Century of Light, Ministry of Shoghi Effendi, One Common Faith, Shoghi Effendi: His Life and Ministry, Summons of the Lord of Hosts, The Advent of Divine Justice, The Bab and Baha’u’llah: Two Lives, One Story, The Promised Day is Come, The Secret of Divine Civilization, The Three Charters of the Faith, Three Covenants, World Order of Bahá’u’lláh: Selected Letters