Guy Emerson Mount is an Assistant Professor of African American History at Auburn University. He earned his PhD at the University of Chicago where he focused on African American History, American Religious History, and the Long Nineteenth Century. Currently his work focuses on Black transnationalism, American empire, and the failures of modernity. His current book manuscript, “From Slavery to Empire: Colonization and Reconstruction in the Black Pacific” is the first global history of emancipation to focus on the efforts of black activists and white politicians to colonize over five million African Americans to Hawai’i and the Philippines after the passage of the 13th Amendment. At Auburn University he teaches courses in American, African American, and World history from a transnational perspective and has previously taught courses on reparations, hip hop, and colonialism. As an active proponent of public history and the digital humanities, he as also an Associate Editor of Black Perspectives, the world’s largest online site devoted to African American history and culture. He regularly shares his thoughts on current events through his Twitter account (@GuyEmersonMount).

As part of the scholarly team that uncovered the University of Chicago’s ties to slavery, Professor Mount is also a co-founder of the Reparations at UChicago Working Group where he regularly offers public addresses on reparative and transformative justice while collaborating with grass-roots organizations on the South Side of Chicago. As a long-time activist and community organizer he has been involved in a number prior and ongoing local campaigns involving the prison industrial complex, health equity, worker’s rights, and youth empowerment. For more information on his work please visit his faculty page at Auburn University and follow him on Twitter. 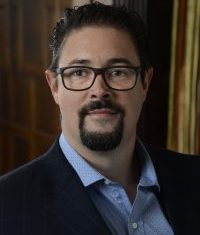 Anti-black Racism in the U.S.: The Most Vital and Challenging Issue