Department of the Arts

My interest in music has led me to pursue different fields of study, through instrumental performance, ethnomusicology, music therapy, movement therapy, psychology, and shamanic practice. This began with focusing on music in and of itself, as a form of creative and aesthetic expression. Over time I became more aware of its therapeutic uses, as well as its role in culture, including the culture of musicians themselves. While studying ethnomusicology, I was inspired by the times we lived in then to see music as a means for unifying different peoples. Through studying Persian music and living in Iran, I became acquainted with how many mystics viewed music as a means of elevating the human spirit. The classical musical system there evolved as a kind of transformation tool, combining mystical poetry with a complex modal system designed to be flexible enough in performance to include inspirational and improvisational aspects according to the mood and needs of the situation.

My background in psychology, including many years studying Jungian psychology, has further convinced me that the arts in general, and music in particular, indeed does have the power to act as a bridge to reach and work with the unconscious, the archetypal and metaphysical worlds that may often elude the everyday speech of the conscious world. Shamans and many mystics have known the power of music to enrapture, cure, and transform.

Shamans used music as a bridge to the spirits and the ancestors, to the world of Jungian archetypes, as a means of dialogue with this meta-world, and in so doing enact a form of active imagination that can bring unconscious symbols to the light of consciousness and to use this process to foster individuation, a term applied by Jung to personal development. My current interest in the Seven Valleys of Bahá’u’lláh is as an elucidation of this alchemical process that has been practiced in different forms and then written about for millennia. My music and psychology background has thus led me to working with the arts as a means of facilitating psychological and spiritual growth. 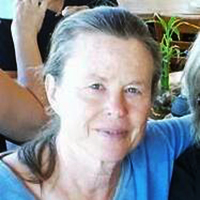 Practicing the Arts: A Workshop Course for Bahá’í Artists, The Bahá’í Faith and the Arts, The Seven Valleys and the Arts of Transformation