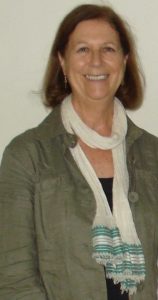 The backdrop or, depending how you look at it, center stage for learner Leslie Gottert’s story is the Camp Fire in Northern California, which burned for seventeen days in 2018, from November 8 through November 25. The fire scorched 153,336 acres (almost 240 square miles) and cost $6.5 billion. It killed 85 people, many of whom were 60 years of age and over, with 3 still missing; burned 18,804 structures; and destroyed Concow and Paradise, California, during the first six hours. According to Wikipedia, it is the sixth deadliest wildfire in the United States and is high on the list of the world’s deadliest fires. And “It was the world’s costliest natural disaster in 2018.”

The effects of the Camp Fire did not end with the fire itself. There were the evacuations centers and temporary housing for the climate refugees; noroviruses resulting from overcrowded conditions that sent many of the displaced to outdoor camps; mental health support, especially for the youth affected; survivor’s guilt; PTSD; troubling dreams; hazardous materials that had to be cleaned up and taken away; water polluted by run-off from rain; and intestinal parasites.

Two Preservation Conferences. Ironically or coincidentally (though some believe that there is no such thing as a coincidence), two organizations devoted to preserving historical sites were holding long-planned annual meetings in San Francisco during those seventeen days in November 2018. One was the US/ICOMOS (International Council of Monuments and Sites), which is an advisor to the UNESCO and World Heritage Program. The two-day US/ICOMOS conference, which ran from November 13–14, was called “Forward Together: A Culture-Nature Journey Towards More Effective Conservation in a Changing World.” The second conference was held by the U.S. National Trust for Historic Preservation, the mission of which is to protect significant places representing the U.S.’s diverse cultural experience by taking direct action and inspiring broad public support. The National Trust conference, which ran from November 13–16, was called “Past/Forward 2018.”

A Bahá’í Preservationist. Leslie Gottert, a Bahá’í from Cockeysville, Maryland, USA, who holds a Master’s degree in preservation, is the Executive Director of the Maryland Association of Historic District Commissions (a membership organization that provides training for historic district commissioners and staff), and serves on the Board of Directors of Restoration Works International, a not-for-profit organization that supports preservation projects through volunteer tourism. At the time of the Camp Fire she was a learner in the Wilmette Institute course Sustainable Development and Prosperity of Humankind. She was in San Francisco from November 13–17, 2018, to attend the two preservation conferences. Because of the enormous fire, she and her fellow conferees found themselves in the middle of a climate-change discussion that shifted from “When?” to “How to prepare to meet the challenge?” and “What can be done now.” She explained the change this way:

At the beginning of 2018, the focus of US/ICOMOS, the United States organization that studies and provides support for UNESCO World Heritage sites in the U.S. and abroad, was squarely on sustainable development, as defined by Agenda 2030 and the UN Sustainable Development Goals. However, the focus ended up on climate change, due to an overwhelming concern for its impact on global natural and cultural heritage as well as on the well-being of humanity as a whole. This shift was evident at the recent US/ICOMOS conference held in conjunction with the annual National Trust for Historic Preservation forum in San Francisco, California last week (November 13–17, 2018).

Ironically and tragically, as smoke filled the air from forest fires, outside events were curtailed or modified. Schools and universities cancelled classes. “Climate refugees” fleeing the deadly fires to the north entered the city needing aid and assistance. The question of when the effects of climate change would be apparent became how would they occur and what could be done to mitigate them? Whereas before, water-related threats, such as flooding, from storms and sea-level rise, and drought, were the primary climate-related issues of concern to coastal cities, now fire came to the fore, and everywhere people were talking about the causes and their relationship to the changing climate.

Take-Aways from the Wilmette Institute Course. What did Leslie take away from the Sustainable Development course, both personally and professionally? Here is what she shared:

Three Months Later: A Continuing Learner. When the Wilmette Institute contacted Leslie three months after the Sustainable Development course ended to see how she was using what she had learned, Leslie was still in a learning mode, as an individual, a family member, and a professional:

The course Sustainable Development and the Prosperity of Humankind continues to inspire me and provide insights for reflection in my daily life and my career. It built on the knowledge and awareness that I gained through earlier courses, including The Promise of World Peace and Climate Change. Among the actions that I have been taking are to bring the Bahá’í perspective and the application of its principles into my work. 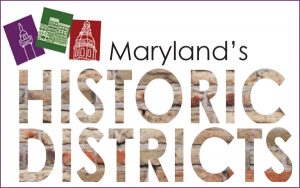 Right now I am part of a team planning a symposium for our state association in May. This will bring Maryland leaders in the field of historic preservation together to discuss two themes about the importance of recognizing the stories of hidden or underrepresented groups in the community and the need to prepare to meet the challenges of changing weather patterns and sea-level rise due to climate change. In Maryland, that implies the often overlooked role of the African-American community within the state’s historic districts and the potential impact of flooding on historic resources.

In terms of my Bahá’í community and family life, I continue to find opportunities to refer to the lessons in the courses that I have had the good fortune to take over the past year and a half. I am constantly encouraging people to look into the courses being offered by the Wilmette Institute and consider enrolling as individuals or a small study group for personal and group deepening. This week I shared the Wilmette Institute bulletin with three women in my family who are mothers—my daughter, daughter-in-law, and niece—and invited them to join me in a study group on the course about the spiritual role of mothers. I hope that we will be able to do this together. Otherwise, I will do so on my own and continue to try to share.

Thank you for all that you are doing to promote and strengthen the Wilmette Institute. I still have a lot to do to bring together all of the strands that I am working on related to my participation in these courses.