Climate change is not an issue that can be solved in isolation, but is integrated with many other challenges facing humanity. It opens a dialogue on the consumer society and its use of energy; on the economy and extremes of wealth and poverty; on social justice and concern for future generations; on migration, immigration, and the integration of diverse peoples into harmonious communities; and on environmental sustainability, among others.
indentThe threat of climate change has the potential of propelling humanity forward on its path to stronger global governance just as threats to peace and security and the violation of human rights did last century.
indent. . . There is a growing realization that these issues must be addressed at the level of values if we are to see adequate change at other levels.

John Watson, from Poughkeepsie, New York, USA, related the topic of climate change to what he learned in the Wilmette Institute course Exploring the Book of Revelation:

Some good folks seem to have difficulty with the reality of climate change and humankind’s contribution to it on religious grounds. Having just taken a course on Exploring the Book of Revelation, I’d like to offer a few observations to think about.
indentRevelation is full of colorful, often highly symbolic imagery. Among these are many relating to destructive events in our natural world, including the sea being poisoned and a third of its creatures dying, a third of the rivers being poisoned as well, and the sun being empowered to burn much of mankind. One might reasonably see these and other calamities as indirect consequences, as punishments from the hand of God, rather than the direct result of human action, but in Rev. 11:18 we see “and Thy wrath is come indent. . . and shouldst destroy them which destroy the earth.” Related to this is the command in Genesis to go forth and multiply and subdue the earth, and the long-standing belief in our responsibility for stewardship of the earth.
indentAltogether it suggests two things to me. One is that it is possible for humans to “destroy the earth” and the other is that that’s not the side I want to be on.

Personal Actions. The participants were very interested in taking personal actions. That should not be surprising in a Bahá’í forum because expressing our beliefs in daily life is a core Bahá’í teaching. The following quotation from the writings of Shoghi Effendi, the Guardian of the Bahá’í Faith, was part of one forum posting:

Not until we live ourselves the life of a true Bahá’í can we hope to demonstrate the creative and transforming potency of the Faith we profess. Nothing but the abundance of our actions, nothing but the purity of our lives and the integrity of our characters, can in the last resort establish our claim that the Bahá’í spirit is in this day the sole agency that can translate a long-cherished ideal into an enduring achievement. —Bahá’í Administration, letter dated November 24, 1924, 68.

John Krochmalny, from Sylvania, Ohio, shared the following about his commitment to action:

What we are doing over here [John was discussing actions with a learner in Singapore] on a local level is to actually “walk your talk” in that we try to embody the teachings of Bahá’u’lláh in our daily decisions and actions. In so doing, we don’t come across as hypocrites telling others what they should do. My individual choices have led me on an action plan leading toward a sustainable living system. It’s not perfect nor all-inclusive by any means, but it’s a start that produces models for evaluation and assessment.

Later in the discussion on action, John wrote: “The magnitude of the problems seems daunting. But something must be done, and we cannot pass the solutions to someone else—we must become the solutions.”

Many other participants in the GCCW forum shared their personal actions. One of them does not drive and, fortunately, has access to good public transportation. Another is driving an electric car and buying the electricity for his car from renewable energy. Yet another pointed out that we can do much to reduce energy use in our homes by avoiding overheating and overcooling and by using energy efficient appliances and IT devices. 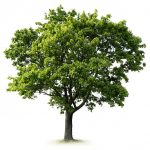 We Need Trees! In a conversation that continued a thread from a discussion that began during last year’s GCCW, the participants discussed the importance of trees and of their being given a chance to grow old so that they can absorb more carbon dioxide. Marilyn Goebel, whose tree farm in Northeast Oregon is owned by the Leo and Marilyn Goebel Family Trust, wrote: “It takes a tree about 50 years to produce 200 board feet in our area. Thereafter it gains 200 board feet every 10 years.  Many people harvest their trees when they are only 50–70 years old and then start all over again.” Marilyn went on to say that “A board foot is 12ʺ by 12ʺ by 1ʺ.”

On the community level, some of the participants in the Forum are involved with like-minded organizations. Project engineer Robert Lilly shared his design for a 120 acre, 15 parcel, subdivision in Sacramento, California, USA, that is based on principles of sustainability.

Accommodating 11 Billion People on Our Earth? One lengthy conversation thread (57 postings, the longest so far) started with a posting by a participant who has been inspired by Paul Hanley’s Wilmette Institute webinar Eleven, based on his book with the same name. The announcement for the webinar explained its title this way: “UN projections show global population reaching 11 billion—and the world economy growing by 500%—by the end of this century. Can the planet accommodate 4 billion more people when our current ecological footprint already exceeds Earth’s biocapacity by 60%?” (By the way, in November the Wilmette Institute offered a course called Sustaining 11 Billion People: Challenges for an Ever-Advancing Civilization with Paul Hanley as the Lead Faculty. On January 20, 2018, Paul Hanley will be offering Bahá’í Perspectives on Agriculture and Food, registration is open; Arthur Lyon Dahl will be one of the faculty.) The conversation in the discussion thread about Eleven covered several topics including the meaning of education.

Eating Less Meat or No Meat? The benefits of eating less meat or no meat at all evoked an especially passionate conversation in the discussion thread about Eleven. One participant even shared a delicious vegan recipe that includes pomegranate seeds. In case you are wondering why eating fewer animal products is an important topic for some participants in the forum, you can read the entire conversation in the GCCW forum.

Why Should I Engage with Climate Change? There are many reasons to become more engaged with climate change as an article about a recent report by the U.S. Global Change Research Program points out: “Choices made today will determine the magnitude of climate change risks beyond the next few decades.” All people of faith should see these choices as profound spiritual and ethical challenges because climate change is and will increasingly exacerbate social problems and will contribute to the disintegration of society and to unprecedented human suffering.

More about GCCW. Finding more information about the forum for Global Climate Change Week is easy. Click on the link, and scroll down to the final paragraph for easy instructions about how to access and participate in the Wilmette Institute’s forum for 2017. If you do not have access to the Learning Center Home Page of the Wilmette Institute, send an e-mail to its director, Dr. Robert Stockman at rstockman@usbnc.org.