Visit Cambridge Core to download PDF of “Global Governance and the Emergence of Global Institutions”
Watch: Livestream on YouTube 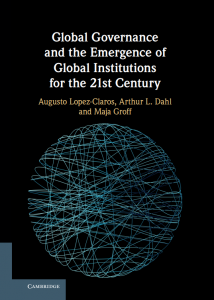 Is there any hope for those who despair at the state of the world and the powerlessness of governments to find a way forward? Global Governance and the Emergence of Global Institutions for the 21st Century provides ambitious but reasonable proposals to give our globalized world the institutions of international governance necessary to address effectively the catastrophic risks facing humanity that are beyond national control. The solution, the authors suggest, is to extend to the international level the same principles of sensible governance that exist in well-governed national systems: rule of law, legislation in the common interest, an executive branch to implement such legislation, and courts to enforce it. The best protection is unified collective action, based on shared values and respect for diversity, applying widely accepted international principles to advance universal human prosperity and well-being. 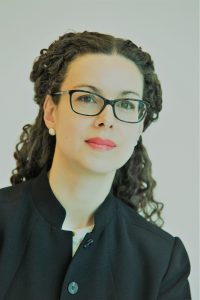 Maja Groff is an international lawyer based in The Hague, assisting in the development and servicing of multilateral treaties in the area of private law, also working at various international criminal tribunals (ICTY, STL) and teaching at the Hague Academy of International Law. She has worked on a wide range of existing and potential global treaties addressing, contemporary human rights issues and cross-border legal cooperation. She has drafted a wide range of international legal policy documents and published academically on private and public international law, human rights and global governance. She holds degrees from McGill (civil law and common law), Oxford and Harvard Universities, and is an attorney admitted to practice in the state of New York, formerly working in corporate law. She has served on the International Law and UN Committees of the New York City Bar Association, and the (Advisory) Boards of BCorp Europe and ebbf, organisations devoted to ethical business. She was a co-winner of the 2018 New Shape Prize for global governance innovation, and is a co-author of the 2020 book, Global Governance and the Emergence of Global Institutions for the 21st Century, published by Cambridge University Press. 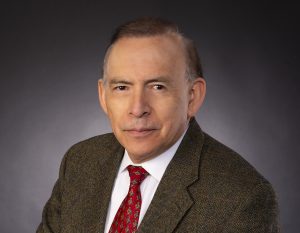 Augusto Lopez-Claros is a former World Bank Senior Fellow at the Edmund Walsh School of Foreign Service at Georgetown University. Between 2011 and 2017 he was the Director of the World Bank’s Global Indicators Group, the department responsible for the Bank’s Doing Business report and other international benchmarking studies. Previously he was Chief Economist and Director of the Global Competitiveness Program at the World Economic Forum in Geneva, where he was also the Editor of the Global Competitiveness Report, the Forum’s flagship publication, as well as a number of regional economic reports. Before joining the Forum he worked for several years in the financial sector in London, with a special focus on emerging markets. He was the International Monetary Fund’s Resident Representative in the Russian Federation during the 1990s.

Before joining the IMF, Lopez-Claros was a Professor of Economics at the University of Chile in Santiago. He was educated in England and the United States, receiving a diploma in Mathematical Statistics from Cambridge University and a PhD in Economics from Duke University. He is a much-sought-after international speaker, having lectured in the last several years at some of the world’s leading universities and think tanks. In 2007 he was a coeditor of The International Monetary System, the IMF, and the G-20: A Great Transformation in the Making? and The Humanitarian Response Index: Measuring Commitment to Best Practice, both published by Palgrave. He was the editor of The Innovation for Development Report 2009–2010: Strengthening Innovation for the Prosperity of Nations, published by Palgrave in November 2009. More recent publications include: “Removing Impediments to Sustainable Economic Development: The Case of Corruption” (2015), “Fiscal Challenges After the Global Financial Crisis: A Survey of Key Issues” (2014) and “The Moral Dimension of the Fight Against Corruption” (2017) (augustolopezclaros.com). 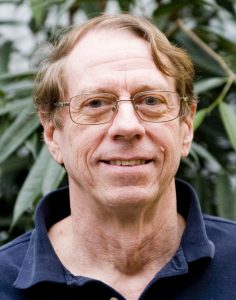 Arthur Lyon Dahl is President of the International Environment Forum, and a retired Deputy Assistant Executive Director of the United Nations Environment Programme (UNEP), with 50 years’ international experience in environment and sustainability. His most recent focus has been on global governance and UN reform.

He has been a consultant to the World Bank on indicators of development, Visiting Professor at the University of Brighton (UK) and Senior Advisor to its project on values-based indicators of education for sustainable development, and Co-coordinator of the UNEP Major Groups & Stakeholders Advisory Group on International Environmental Governance. More generally, his consultancies have covered indicators of sustainability, environmental assessment and observing strategies, coral reefs, biodiversity, islands, environmental education, and social and economic development. A specialist on coral reefs and small island developing States (SIDS), he spent many years in the South Pacific and organized the Pacific Regional Environment Programme (SPREP).