“Globalization and Its Discontent” (Interview with Professor Alexander Chumakov) 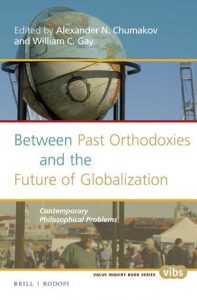 As a modern religion for the global age of humanity, the Bahá’í Faith is striving to achieve what Bahá’ís call the Lesser Peace or the unity of humankind and the cessation of war and conflict. The collapse of the Soviet Union that was followed by dramatic political changes in the countries of the former Soviet bloc at the turn of the 21st century, along with the development and wide proliferation of the Internet and digital technology, noticeably increased the speed and outreach of the forces of globalization.

In this program the leading Russian specialist in and spokesman for globalization and globalism from a secular perspective, Prof. Alexander Chumakov, shares his knowledge and experiences in the field of Global Studies. Chumakov’s approach centers on the conceptual triad of culture, civilization, and globalization; he argues that real and productive dialogue among different nations is possible because the universal character of civilization serves as the unifying factor for humanity, while cultural diversity is the basis of differentiation of various countries and nations.

The interview with Prof. Alexander Chumakov is conducted by Dr. Mikhail Sergeev, co-chair of the Department of Religion, Theology, and Philosophy at the Wilmette Institute. 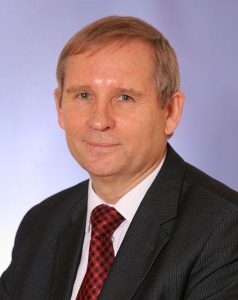 Alexander N. Chumakov (b. 1950) is a Russian philosopher, theoretician of science, scientific community organizer, and specialist in the fields of philosophy and the theory of globalisation. Since 1990, Chumakov has been the leading research fellow and head of the group “Global Studies” at the Institute of Russian Academy of Sciences. He became a full professor in 1993, and since 2008, has worked as a professor of the Department of Global Processes at Moscow State University. He currently teaches several specialized courses at the university, including a course entitled “Global Studies.” Chumakov authored more than 600 scholarly publications and more than 20 monographs and textbooks that have been published in Russian, English, German, French, Chinese, Polish and Czech. He has also devoted a great deal of time to administrative and organizational activities in the fields of philosophy, culture, and education. Since 1991 Prof. Chumakov has served as the first vice-president of the Russian Philosophical Society. He has also been a member of the Executive Committee of the International Association of Professors of Philosophy since 2012, as well as an acting member of the Presidium of Russian Ecological Academy since 2013. In 2015, Chumakov became Doctor Emeritus of the Bashkir State University and a recipient of the International Gusi Peace Prize.