↓ Skip to Main Content
Home › Web Talks › How Did the Bahá’í Community of South Carolina Emerge from the Jim Crow South? Sign Up for Dr. Louis Venters Web Talk on December 4

How Did the Bahá’í Community of South Carolina Emerge from the Jim Crow South? Sign Up for Dr. Louis Venters Web Talk on December 4

On December 4, Dr. Louis Venters will present the Wilmette Institute’s final Web Talk for 2016. In No Jim Crow Church: The Origins of South Carolina’s Bahá’í Community (published by the University Press of Florida in 2015), Venters recounts the unlikely emergence of a cohesive interracial fellowship in South Carolina, uncovering the origins of what is today the state’s largest religious minority. 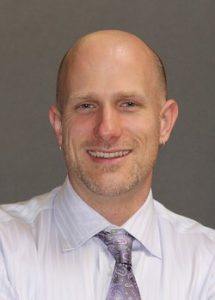 “In the midst of the extraordinarily hostile environment of Jim Crow segregation and violence,” Venters says, “white and black Bahá’ís in South Carolina took great personal risk to make spaces for genuine friendship, cooperation, and shared identity across the color line, coming to think of themselves as one people—equal members of an emerging spiritual commonwealth that spanned the globe.” In his presentation, Venters will present highlights from this unusual story and explore its relevance for contemporary America.

Dr. Robert H. Stockman, in his review of Venter’s book, called it “possibly the best piece of history written about American Bahá’ís to date. While it focuses on the Bahá’ís of South Carolina from 1898 to 1968, the book is also superbly contextualized, both in terms of South Carolina’s social and religious history and in terms of the development of the overall American Bahá’í community.”

Dr. Louis Venters is an associate professor of history at Francis Marion University in South Carolina, USA, and a consultant in the fields of historic preservation and cultural resource management. The author or co-author of several site studies, public history reports, and exhibits, he currently serves as a member of the South Carolina African American Heritage Commission and of the board of directors of the Palmetto Trust for Historic Preservation. His book, No Jim Crow Church: The Origins of South Carolina’s Bahá’í Community was recently released in paperback by the University Press of Florida. He is working on a short, copiously illustrated companion volume under contract with the History Press.

Venters blogs on issues related to race, religion, history, and culture at www.louisventers.com, and some of his writing have appeared at www.goodmenproject.com and www.medium.com. A South Carolina native, he first heard of the Bahá’í Faith on Radio Bahá’í WLGI and enrolled as a young teenager. Since then, he has lived and traveled extensively in Africa, the Americas, and Europe and has served the Bahá’í community in a variety of capacities. He lives in Florence, South Carolina, with his wife, sons, and extended family.

All Wilmette Institute’s Web Talks are free and open to the public, but they require you to sign up in advance. Check “Web Talks/Webinars” in this issue; or watch for flyers and announcements; or check http://wilmetteinstitute.org and click on “Web Talks.”

The Web Talks use a system that transmits audio and video of speakers and the PowerPoint slides that speakers generally use. Audience members listening to the live broadcast can comment on the talks and ask questions by typing them into a “chat” box. Anyone viewing the talk at a later date will hear the questions and the answers from the live broadcast.

After a live Web Talk is given, it is generally posted on the Wilmette Institute’s YouTube channel, usually within 24 hours, where you can access most of the talks from 2015 and all of the 2016 talks already given.