John David Bosch: In the Vanguard of Heroes, Martyrs, and Saints 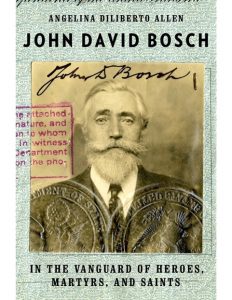 This webinar will cover the remarkable events in the life of John David Bosch. Those events include John Bosch’s presence at the passing of ‘Abdu’l-Bahá, his participation in hoisting the Master’s coffin to His temporary resting place on Mount Carmel, and his presence at the public reading of ‘Abdu’l-Bahá’s Will and Testament.  Most striking in the story of John Bosch is the moment when the Guardian entrusted a portion of the Will and Testament into the hands of John Bosch so that he deliver it to the National Bahá’í Convention in April of 1922. The webinar will also touch on John and Louise Bosch’s establishment of a permanent Bahá’í school with race unity as its focus.  In addition to these extraordinary experiences, this webinar will also tell of John and Louise’s encounters with so many Bahá’ís who later would be regarded as heroes, martyrs, and saints. A person participating in this webinar will not only learn many of the central features of the Bahá’í Faith, but, more importantly, a person participating in the webinar will be inspired by the extraordinary things that can happen to an ordinary person, once they embrace the teachings of Bahá’u’lláh. 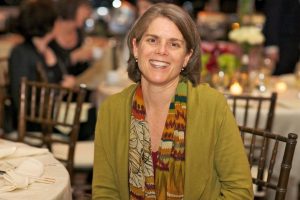 Angelina Diliberto Allen was born into a family whose connection to the Bahá’í Faith dates back to ‘Abdu’l-Bahá’s visit to California in 1912. As a child, she lived in Argentina where her family was assigned to take the teachings of Bahá’u’lláh to the Araucanian people in a region near Patagonia. Later in her high school years, she lived in El Salvador where her family continued to serve the Bahá’í Faith. In her early adult years, Angelina married Andrew Allen and together they continued service to the Cause of Bahá’u’lláh in Swaziland, Botswana, and Zimbabwe.

Upon their return to the United States, Angelina completed her undergraduate degree in English and she earned a bilingual teaching credential. She has a graduate degree in Writing in Rhetoric from UC San Diego. In the late 1980’s, Angelina and her husband co-directed the Bosch Bahá’í School Youth Academy with Edward Diliberto, Margie and Gary Bulkin, and Traci Rucker and Larry Gholar. The program ran until 2011, serving hundreds of youth every summer, guiding them through a program that included intensive study of the Bahá’í Writings, as well as participation in the early stages of a long-term forestry management program of the 68 acres of Redwood Forest at the Bosch Bahá’í school campus.

Angelina has recently retired from 33 years of teaching high school, teaching a course called “Advanced Placement English Literature” to high school seniors. Writing the biography of John David Bosch had been a long-held wish for her, as she believes the story of his life is a lesson in the extraordinary things that can happen to an ordinary person once he or she embraces the Cause of Bahá’u’lláh.