June 11 Web Talk: Michael Penn on “Mind & Development: Some Baha’i-Inspired Reflections on Mind and the Harvests of Human Thought”

On June 11, 2017, Dr. Michael Penn will be the Wilmette Institute’s featured Web Talk speaker. His topic will be “Mind & Development: Some Baha’i-Inspired Reflections on Mind and the Harvests of Human Thought.” As usual, the Web Talk will begin at 2 p.m. EDT (11 a.m. PDT, 8 p.m. Western European time). To sign up for the talk, click here. The talk will also be available on Facebook and YouTube without signing up. The talk and the questions and answers following the talk will be available on the Wilmette Institute YouTube channel some twenty-four hours after the live presentation.

“The Bahá’í writings,” Dr. Penn says, “suggest that the human mind is the most sensitive signal detection system in the natural world. Its capacity to read reality and to discover its many mysteries is the source of human power and freedom. Yet, because the mind is also a ‘sign of God, a heavenly gem’ (Gleanings 158), it is forever incapable of cracking the mystery of its own self.” Dr. Penn goes on to say that, “According to the Bahá’í Faith, the role of science and religion is to endow the mind with the capacity to recognize its powers and limitations and to enable minds that learn to work together to harvest the finest fruits of existence.” In the June 11 Web Talk, he will explore these themes. 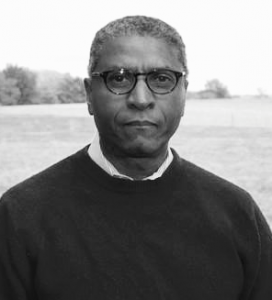 Michael Penn is a Clinical Psychologist and Professor of Psychology at Franklin & Marshall College. He lectures in the Biological Foundations of Behavior and the Scientific and Philosophical Studies of Mind Programs and has been invited to serve as a consultant and speaker at United Nations-related conferences in several countries. Michael also serves as faculty for the United Nations Staff College in Turin, Italy, and as a trainer for the UN Leader’s Programme. In 2004 Governor Edward Rendell appointed him to the Board of Directors of the Pennsylvania Higher Education Assistance Administration, in which capacity Michael served for three years. He currently serves on the boards of the Authenticity Institute and the Tahirih Justice Center in Washington, D.C.  He was inducted into Phi Beta Kappa in 1986, is a former Ford Foundation Fellow, a former Aspen Institute Fellow, and is the recipient of several academic awards, including the Solomon Wank Memorial Peace and Human Rights Research Award as well as the John Russwurm Award for Scholarship from the University of Pennsylvania.