Learning How to Respond to Global Challenges: Four Women Share Their Stories

Responding to global conflicts “in the unfoldment of the Lesser Peace” is part and parcel of the development and growth of the Bahá’í Faith. That was true at Ridván 2003, when the Universal House of Justice wrote, after a year “agitated by a succession of crises that culminated in the outbreak of war in the Middle East,” urging Bahá’ís worldwide to review letters of Shoghi Effendi published in The World Order of Bahá’u’lláh, especially “The Goal of New World Order,” “America and the Most Great Peace,” and “The Unfoldment of World Civilization.”

When the Wilmette Institute offered a new version of a course on the three letters by Shoghi Effendi called Responding Effectively to Global Challenges: Three World Order of Baha’u’llah Letters in late 2017, four of those enrolled in the course posted Learning Self-Assessments about how reading the letters had changed their lives and their views about the disordered world in which we live. Before sharing their comments, a word about what the course contained will be helpful, as the women refer to several aspects of the course.

The course devoted two units to each of the three letters. Each unit began with a summary of the half of the letter being studied, emphasizing themes that Shoghi Effendi develops in it. Then came links to an electronic file of the letter under study, with numbered paragraphs to facilitate discussions. Next were additional readings and resources, including for each of the three letters a study document that Duane Troxel created in 2003 after reading the Ridván 2003 letter from the Universal House of Justice. Each unit had from one to three historical videos and relevant talks (fourteen in all, most under ten minutes). Finally, each unit ended with discussion questions.

Understandings and Insights Gained. At the end of the course, Barbara Smith, a Bahá’í from Nashville, Tennessee, USA, who was taking her third Wilmette Institute courses, shared this: “I have gained understanding into why history is important in religion and spirituality. The two are connected in a way most people do not want to acknowledge but religious leadership most definitely understands. It is because of this that personal investigation now has a deeper meaning for me. If I am going to grow spiritually, personal investigations provide me the personal accountability needed to reach my goal.” Lisa Kelly, a Bahá’í from Madison, Wisconsin, USA, with twenty-four courses under her belt, wrote this: “Some insights include: the increasing interconnectedness of the world (reflecting on post World War I and now); the increasing disintegration of our current governing structures (especially the current political climate in America); and viewing ‘Abdu’l-Bahá’s journey to this country from an administrative-building perspective—that is, laying the groundwork for a world civilization.” 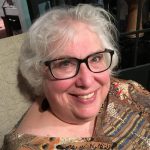 Judy Russell, from Prescott, Arizona, USA, and a veteran of fourteen courses had this to say: “I have learned a lot about the historical context of the letters, and my insights are many as I read them. The historical context and the references to the early Bahá’ís stand out. My biggest insight is that the early Bahá’ís and we are not that far apart historically or spiritually. Shoghi Effendi and ‘Abdu’l-Bahá are as real now as when they were on this earth. All we have to do is pick up a book!” Nancy Barnes, a retired attorney living in Paducah, Kentucky, USA, listed three new understandings and insights: (1) The early Bahá’ís had difficulties that I was unaware of, such as Covenant-breakers and pressures from outside the community mocking this beautiful faith; (2) Shoghi Effendi’s emphasizes the importance of the development of the Administrative Order as protection for the Cause; and (3) Our numbers are unimportant, but our unity is. I know these things seem obvious, but, frankly, I had either forgotten them or just did not get it before.”

New and Improved Skills. As for coming away from the Responding Effectively course with new and improved skills, Barbara Smith said, “I have more confidence for explaining the Bahá’í writings to seekers and friends of the Faith including my family members.” Lisa Kelly reported that “Reading all three of Duane Troxel’s study guides reminded me of the importance of historical context and served as an example to continue to read and analyze the Bahá’í writings from both a Bahá’í context and world-history context.” Judy Russell had a number of take-aways: “I have acquired the boldness to talk about difficult issues in a positive, big-picture light. I have acquired the skill to read Shoghi Effendi deeply. My concentration has improved, and my ability to speak what I know has become easier.”

New Feelings and Attitudes Experienced. Several of the women experienced a greater understanding of the unfoldment of a world civilization, as Judy Russell explained: “I take the future more seriously and in a more hopeful and convicted stance. I have a deeper appreciation of the tests and difficulties of the early Bahá’ís. I have a great love for Shoghi Effendi.” Lisa Kelly admitted that “the current political climate” made her “hesitant to revisit” Shoghi Effendi’s letters. But at the end of the course she “felt uplifted and more hopeful after studying and reflecting on these documents” Barbara Smith shared this: “I have every intention in continuing my studies into the historical relevance of the Bahá’í writings because of my new confidence.”

Changes in Values and Beliefs. All four women experienced changes in beliefs and values:

Apply/Using Learnings Now That the Course Has Ended. What the four women have done while the course was in progress and what they are planning for their post-course actions would make any faculty member happy. While she was working her way through the course, Lisa Kelly created a devotions based on paragraph 95 [it begins “the Faith of Bahá’u’lláh has assimilated”] in “The Unfoldment of World Civilization” for the Bahá’í Center in Madison, Wisconsin; she told those present that the devotions was a result of her taking the Wilmette Institute course on Shoghi Effendi’s three letters. She had much more to say:

I will be better able to articulate the Bahá’í vision of a New World Order—federated states, disarmament, free trade, and so on, and I plan to continue consultations within my community regarding administration processes in order to be prepared for increased activity in the core activities. Overall, I am so pleased that I had the opportunity to re-study these letters through this course. I feel that I have a much deeper understanding after taking the time to respond to questions and learned much from the other participants and additional insight provided by our gracious instructors. Also, the additional material was excellent, including the videos: Douglas Martin’s talk provided a relevant and context for these letters in the current plans; the “Glimpses of Perfection” were beautiful and a wonderful reminder of our Faith’s building blocks and the sacrifices by ‘Abdu’l-Bahá to make the journey to North America; and Paul Lample’s talk on a framework for action provided great insight. And I am glad that I took the time to view the Wilmette Institute Web talks by Robert Atkinson and Elena Mustakova; I plan to re-watch both of these talks—and to share them with my community.

Barbara Smith is determined to continue with a project that is sure to bring healing to at-risk youth in Tennessee:

I am currently developing activities for high-risk youth in the community using the Bahá’í writings as the foundation. I worked as a correctional teacher for high-custody adult male inmates in Arizona a few years back. I used Bahá’u’lláh’s Book of Certitude to create lesson plans for my students. I had remarkable results, and I would like to continue my work with this population. For me, the Book of Certitude is about transformation. That is why I chose it to help develop learning activities for my students.

Judy Russell reports: “I can continue to give firesides on the state of the world. I can read much more of Shoghi Effendi. I read all his writings about thirty years ago. Time to do that again. I have been explaining the concepts to Bahá’ís and seekers, but I need to do this a lot more. I find it easy to talk about Shoghi Effendi’s writings.” 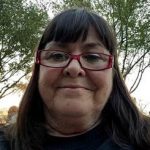 Nancy Barnes responded both to the Universal House of Justice’s request in 2003 to study three particular letters from Shoghi Effendi and to the request from the National Spiritual Assembly of the Bahá’ís of the United States “to concentrate on these same three letters, as well as portions of The Advent of Divine Justice. She says she “will offer a deepening or series of deepenings on this course work to my cluster. I downloaded Duane Troxel study outlines. In addition, I have been taking art courses for the last four semesters, and if I get an inspiration, I will do a painting. So much of what I learned in this course fortified me to continue my studies and to take more risk in teaching the Faith.”

The letter from the National Spiritual Assembly of the Bahá’ís of the United States to which Nancy Barnes referred is its January 31, 2018, letter, which is the third in a trilogy of letters “focused on the current state of society and our appropriate response as Bahá’ís,” In its February 25, 2017, letter, the National Spiritual Assembly illustrates “how the framework of the Five Year Plan provides the most effective means to steadily and inevitably eradicate the ills that afflict our nation—racial prejudice not the least among them.” In its December 8, 2017, letter, the National Assembly “calls on the friends everywhere to build on the momentum generated by their celebrations of the bicentenary of Bahá’u’lláh’s birth to achieve unprecedented levels of teaching effort” and provides practical suggestions about how to “ensure that each person we engage feels welcome to participate according to his or her interests.”

In its third letter, dated January 31, 2018, the National Assembly addresses “the importance of understanding our teaching work and the quest for justice as interrelated elements of a single all-encompassing process set in motion by the Blessed Beauty, to be realized through our prosecution of the successive Plans formulated by the Universal House of Justice.” The National Assembly is calling for a study of Shoghi Effendi’s letters, together with The Advent of Divine Justice, “especially the sections describing the spiritual prerequisites for success in teaching.” In the three letters studied in Responding Effectively to Global Challenges: Three World Order of Baha’u’llah Letters Shoghi Effendi gives Bahá’ís a long view on history and the unfoldment of world civilization while the world, in the run-up to World War II, was (and continues to be) in turmoil and the American Bahá’ís a sense of their place in that process. Now the National Spiritual Assembly is asking Bahá’ís once again to revisit the process of the unfoldment of civilization and to study once again (individually, in groups, in community reflections, and in permanent and summer schools) the spiritual prerequisites for effective teaching work.