Many Takeaways About Science and Religion

Andres Elvira of Pasadena, California, shared with us a number of things he learned from the course Science, Religion, and the Bahá’í Faith. 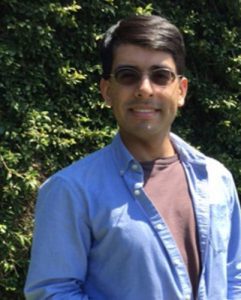 “I have managed to complete the majority of my personal goals as outlined in my Personal Learning Plan (PLP), with a few notable exceptions. Firstly, I was unable to attend any of the live discussions despite my desire to attend all. Secondly, I have been having trouble with my intention of outlining a formal philosophy describing feedback relationships between science, revelation, philosophy, technology, and morality. Although I might be able to describe it generally, I had hoped to be able to illustrate this philosophy in diagram format, but have been having trouble learning exactly how to do so on a computer. My hope is to be able to include this in my final project, which will be the hypothetical fireside PowerPoint mentioned in my PLP, which I intend to have completed long before the end of the grace period.

Editors’ Note: Andres did produce a fireside slide show. You will find the original version posted on the Institute’s Learner Projects page. We have no doubt Andres will continue to refine this presentation as he uses it in diverse settings.

Shared qualities of science and religion. I have drawn new connections between science and religion in terms of their underlying, faith-based assumptions, and their shared qualities of truth, which are paradoxically durable and evolutionary, and how their harmony can be applied in the pragmatic project of consultation. More than anything, I feel better equipped to address supposed contradictions between revealed knowledge and scientific findings, as might be emphasized by a non-Bahá’í seeker; the stance on homosexuality is case-in-point. The imperative to accept ambiguity with limited information, and the versatile analogy of the simultaneous, contradictory truths of relativity and quantum mechanics, is one that all Bahá’ís should master in order to confront the inevitable inertia of a secular materialist society.

New paradigm for approaching scripture. I believe that I have a new paradigm in approaching scripture, as it is true that every sentence and word is dense with meaning that might be incrementally realized. The principle of investigating truth independently—thus placing the study of reality in the hands of the many, not an authority—implies that individual believers can discover previously unknown truths in Writings which are accessible to all believers, while the consultative process can correct mistakes in that investigation without the pressure of ego. From now on, I have a clearer vision of what to look for whenever I return to the Writings and how to apply scientific and rational methods to them.

New understanding of evolution theory. My position on the relationship of evolutionary theory to the Bahá’í Writings began as interpreting the statement that “man was always a distinct species” as implying a parallel evolutionary model, which is not the case if the concept of “species” is scrutinized and contextualized. Since further statements deeply imply that humanity existed since the mineral stage, it seems that the issues of evolution—a scientific study—and the moment of ensoulment—a theo-philosophical study—are actually two separate and distinct questions. One we will discover to the best of technological means, the other will forever remain elusive and uncertain. 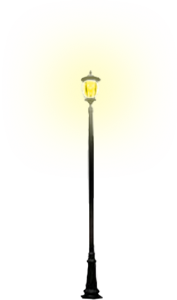 Consultation in science. I also understand the urgency of applying the consultative process, as it is definitely the ideal system of scientific investigation and discussion. If that can be recognized by the scientific community, then it will strengthen their processes even further, as none have characterized the peer-review process in terms of the suspension of personal ego, and because the scientific community remains besieged by its own collective biases (such as the streetlight effect, publication bias, etc.). To engage in consultation is to apply the scientific method in all aspects of life.

Editors’ Note: The streetlight effect, also known as the drunkard’s search principle, is a type of observational bias that occurs when people only search for something where it is easiest to look.

When discussing “theo-scientific harmony,” from now on, I will include the underlying assumptions of both, the parallel goals of both, and the limits of both.

Conclusions. I believe that I can better illustrate theo-scientific harmony to audiences that might be biased towards either component, though I might refine ways of imparting this in a manner which appears equally unbiased in the direction of either (e.g. both the American Association for the Advancement of Science stance on scientism and the rationale of progressive revelation). I feel far more confident in defending the proscription on homosexual activity, which I believe has long been a challenge for devoted young Bahá’ís when addressing seekers. Lastly, I have a much clearer understanding of the importance and function of consultation, and what better way to emphasize its functionalism to a theologically mixed audience than to disclose both its similarity to the scientific review process and its spiritual origins.”

Editors’ Note: Two of the slides from Andres’s PowerPoint presentation are provided below. 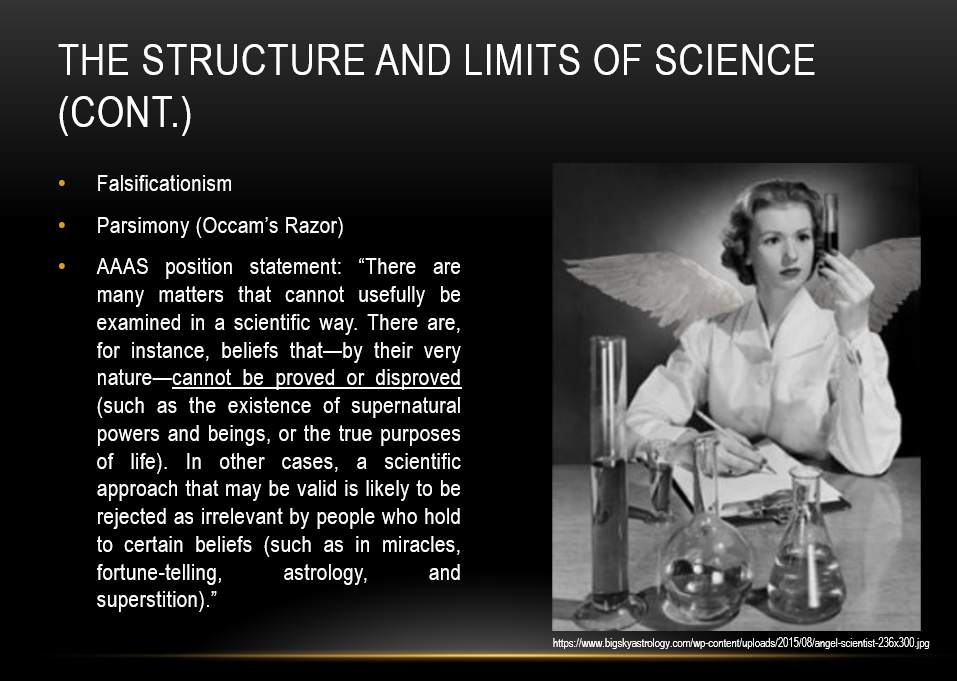 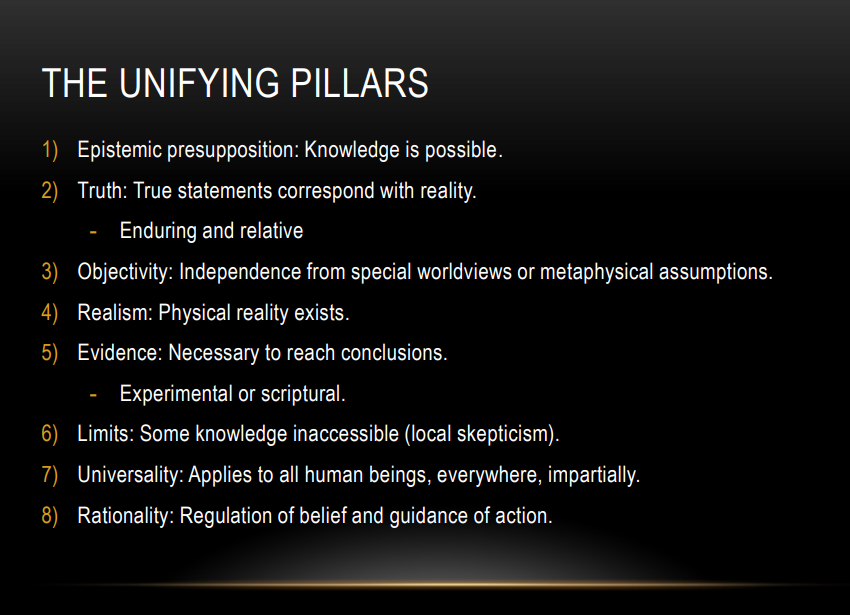