Mikhail Sergeev, “The Issue of Self-Identity in Transhumanism and Bahá’í Writings” 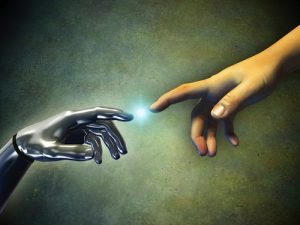 Transhumanism or H+ is an intellectual and cultural movement whose ultimate goal is to achieve “singularity” – the merging of human biology and computer technology in order to enhance human capabilities and, in the long run, to make humanity immortal. The concept of singularity applies first and foremost to the brain, which is the conduit for human mind, consciousness and self-identity. As a result, transhumanists find themselves at the center of millennia-old polemics about the origin of life and the nature of human soul. What happens if a person’s brain is irreversibly damaged and replaced by its artificial duplicate? Will it be the same human being or a different one? Where exactly can the seed of human identity be found? In this web presentation we will examine, from a Bahá’í perspective, these and similar questions arising in contemporary technological discourse that involve various competing theories of the human self. 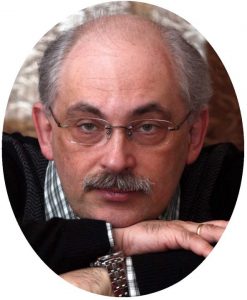 Mikhail Sergeev holds his Master’s degree in religious studies (1993) and a doctorate in philosophy of religion (1997) from Temple University, Philadelphia. He is the author of numerous articles on the history of religion, philosophy and contemporary art that have been published in Russian and American scholarly journals, as well as seven books, including Theory of Religious Cycles: Tradition, Modernity and the Bahá’í Faith (Brill, 2015). Dr. Sergeev teaches history of religions plus philosophy and modern art at the University of the Arts in Philadelphia, and is co-chair of the Department of Religion, Theology, and Philosophy at the Wilmette Institute.