Our Email Box: On Valerie Phillips’ Web Talk “The Special Place of America in the Baha’í Authoritative Texts” 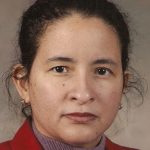 Valerie Phillips’ Web Talk in April on “The Special Place of America in the Bahá’í Authoritative Texts” evoked many comments from listeners (her talk and PowerPoint are now available). But, first, here is some information that provides context to the comments below:

A thread running through Valerie’s talk was the pervasive influence in America of the Doctrine of Discovery, promulgated by Pope Alexander VI in 1493. The Doctrine granted Spain “the right to conquer lands which Columbus had already found, as well as any lands which Spain might ‘discover’ in the future.” A second thread informing her talk was the Doctrine of Manifest Destiny, a term coined in 1845 to express “the philosophy that drove 19th-century U.S. territorial expansion”; it “held that the United States was destined—by God, its advocates believed—to expand its dominion and spread democracy and capitalism across the entire North American continent.”

Here is a sampling of listener comments that may encourage you to log onto the talk so see what you think of Valerie’s presentation.

Awesome and inspiring. I already knew about the “Doctrine of Discovery,” but your tieing the writings of the Bahá’í Faith into the genocide of my peoples and the genocide of the black nation really brings my thought process to another level. The more we are educated about what the REAL history of North America is, the faster we can heal. I am grateful for your hard work again, Chi Miigwich Ogitchiidaa Ikwe! Thank you Warrior Woman.—June Blue

Excellent presentation! Your review of the Discovery Doctrine and Manifest Destiny during the ministries of Baháu’lláh and ‘Abdu’l-Bahá provided an important historical contextualization. (Some of your case briefs reminded me of the “Federal Indian Law” that I took as an elective in law school.) I would like to know how, in America, we get from where we have been, and from where we are now, to the Promised Land where “America will lead all nations spiritually,” if you don’t mind commenting. Thanks again for your enlightening web talk!—Christopher Buck, Esq.

Thank you for a deeply researched presentation and your efforts to correct a grave injustice.—Jerome Glassman

I saw your web talk today but the sound would not work so glad I can catch you here. I am also TsaLaGi and Dutch and traveled as a pioneer both in Europe and United States. Thanks for the information.—Grace E. Reed

Ed. Note: Sometimes listeners do have trouble with sound. Web Talks are available on GoToWebinar links provided by the Wilmette Institute (you will need to sign up) and on Facebook and YouTube (without signing up). They are posted on the Wilmette Institute’s YouTube channel 24 hours after the talk, where one can listen to them anytime.

Wonderful talk on America and Bahá’í Faith and Christianity going back to Pope and Indians. Pope Francis seems to be very receptive to change.—Kimberly Gila

I was glad to learn [about] the shocking policy of the Doctrine of Discovery and Manifest Destiny, and the interplay between what Bahá’u’lláh and ‘Abdu’l-Bahá were saying while various events were unfolding in America. . . . more shocked to find out nothing has been revoked. I was expecting to learn how America is going to climb out of this mess. I’d so love to be able to offer family members and friends some sort of explanation about why current circumstances exist, short of Bahá’u’lláh’s writing: “The world is in travail, and its agitation waxeth day by day. . . .” —Nancy Ward

It should have [been] titled “American Indians (or minorities)” in the Baha’i Faith. It was an excellent though lengthy talk.—Firooz Oskooi

Ed. Note: One can always finish listening to a Web Talk 24 hours after it is given.

The talk was excellent, and I learned a lot. Thank you.—Linda McKellar