“Overview of the Writings of the Báb”

Watch on YouTube: Web Talk or, Listen on SoundCloud
View/Download PDF of Slide Show
View/Download Inventory of the Writings of the Báb (PDF)

In this webinar we will take a lightning tour of the Writings of the Báb. We will briefly survey the state of knowledge of the manuscript sources, summarize the existing available translations, and introduce some of the secondary literature. We will look at the fascinating interplay between form and content in His Writings, address some recurring themes, and examine one possible periodization of His short ministry. The goal will be to provide serious students with an orientating framework and to point the way to resources that invite deeper independent study. 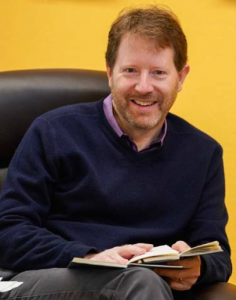 Steven Phelps received dual bachelors degrees in physics and philosophy from Stanford University and a Ph.D. in physics from Princeton University, specializing in cosmology. He served at the Bahá’í World Center in Haifa, Israel for 13 years in its Research Department, where he coordinated the indexing and collation of the Bahá’í Sacred Writings and their translation from Persian and Arabic into English. During that period he concurrently held a research position in the Physics Department at the Technion University in Haifa and published original research on the masses of nearby galaxies. He currently resides in the Portland area with his wife and three daughters.