Persian Video on “Slavery to Mass Incarceration”: A Great Achievement

The story of a video on racism with a Persian narration for Persian Bahá’ís with challenges with the English language began in early 2018 in the Williamson County, Tennessee, Cluster near Nashville and unfolds in a series of steps closely aligned with goals of the National Spiritual Assembly of the Bahá’ís of the United States.

Step One—Trying to Solve a Community Problem. The journey began with something that became clear to the Bahá’ís in the area as they were planning the 2017 Bicentenary of the Birth of Bahá’u’lláh: Many Persians, numbering close to several hundred, were not familiar with Shoghi Effendi’s guidance on the importance of tackling racial prejudice, both inside and outside the Bahá’í community. The Bahá’ís chose The Advent of Divine Justice to study because it contains powerful sections (19–23, 33–41) on the importance of “complete freedom from prejudice” in “dealings with peoples of a different race, class, creed, or color” (22). In fact, Shoghi Effendi states that “freedom from prejudice” is one of three “spiritual prerequisites” (21) for success in all Bahá’í projects.

Step Two—Responding to National Spiritual Assembly Advice. At first, interest in the topic of racism and attendance at the Williamson County gatherings for studying The Advent of Divine Justice was minimal. That all changed early in 2018. On January 31, 2018, the National Spiritual Assembly of the Bahá’ís of the United States sent the American Bahá’í community the third in a series of letters on the state of the U.S. Bahá’í community. Called “Teaching and the Quest for Justice,” the new letter discussed the ills afflicting our nation, “racial prejudice” being “not the least of them.” In addition, the National Assembly called on the American Bahá’í community to study

Shoghi Effendi’s seminal book-length letter to the Bahá’ís of the United States and Canada, written in 1938 and published as The Advent of Divine Justice—especially the section describing the spiritual prerequisites for success in teaching, which the Universal House of Justice has correlated with capacities the Plan’s framework of action is designed to foster. 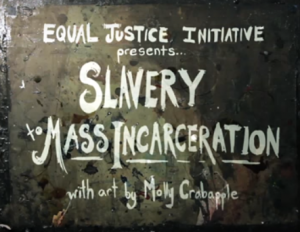 The letter increased attendance in the class studying Advent. But more lay ahead.

Step Three—A New Resource, Individual Initiative, and a New Film Is Born. In February 2018 the Wilmette Institute, offered for the first time a course called Racism in America: The Most Vital and Challenging Issue. With a commitment already established for confronting racism, some twelve Bahá’ís from the Nashville area signed up, including six Persians.

Three Persians—Soheil Mansour, Farhad Firoozbakhsh, and Farnaz Firoozbakhsh—undertook an ambitious project. In the Racism course, they found a video about slavery—“Slavery to Mass Incarceration”—that was short (5:51) and to the point and illustrated with clever black-and-white illustrations. But it had an English narration. So they set about translating the English narration into Persian. Then Parker McGee, a member of the Williamson County, Tennessee, Spiritual Assembly, generously offered to record Soheil Mansour’s audio in his professional studio and to edit the translation onto the video. 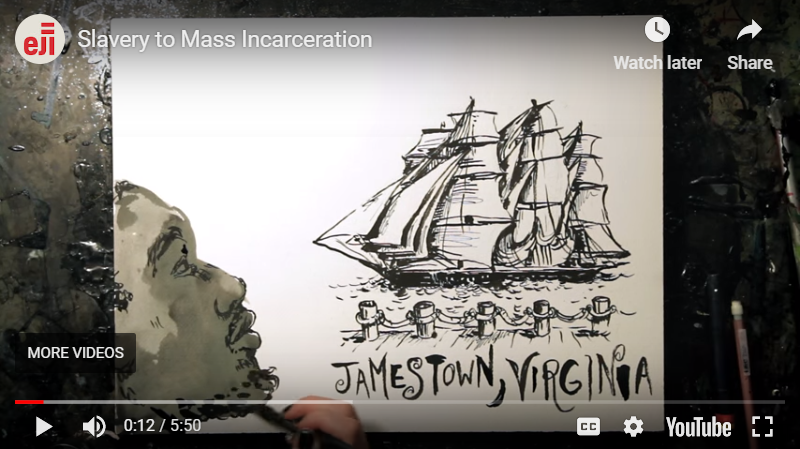 When the Persian narration of the video (6:28) was completed, the Persians had one more task: approaching the copyright owners for permission to share the video publically. The copyright belongs to the Equal Justice Initiative (EJI) in Montgomery, Alabama, USA, an organization “committed to ending mass incarceration and excessive punishment in the United States, to challenging racial and economic injustice, and to protecting basic human rights for the most vulnerable people in American society.” It was founded in 1989 by Bryan Stevenson, a widely acclaimed public-interest lawyer and bestselling author of Just Mercy: A Story of Justice and Redemption (2015).

EJI graciously granted the Bahá’ís permission to show the video publically. It has already been presented on two occasions to gatherings of Persian friends in Nashville and Williamson County.

A Neverending Story. Translating the English narration of “Slavery to Mass Incarceration” into Persian and preparing a video for Persian audiences is not the end of the story that started with a shortcoming in a Bahá’í community. Now one of the Persians in the Williamson County Cluster wants to start an ongoing book club for studying works that contribute to a deeper understanding of the history and current discourse on race. In addition, the Bahá’ís have started a regular devotional meeting to uplift and encourage African American Bahá’ís and those interested in learning more about the Bahá’í Faith.

The Bahá’ís in the Williamson County Cluster and Nashville, all in Tennessee, are to be congratulated for undertaking a project that helps Persian Bahá’ís understand racism and its pernicious effects—aspects of their adopted country the elimination of which are essential to growth of the American Bahá’í community and to the establishment of world peace.