↓ Skip to Main Content
Home › Courses › Preserving Bahá’í History, One Bahá’í Item at a Time: The Importance of Bahá’í Archives

Preserving Bahá’í History, One Bahá’í Item at a Time: The Importance of Bahá’í Archives

The Wilmette staff hopes that your reading the article below will prompt you to think seriously about taking How to Organize and Maintain a Bahá’í Archives, which begins on January 8. It is an excellent way to learn a new skill and a new way to serve your Bahá’í community. Below are accounts by three students and their take-aways from the course offered in 2017.—THE EDITORS

Everyone needs archives. But why? Because they tell about and preserve our individual and collective stories, our history. That means you with your photos on your cell phone, your mother’s box of your school achievements, you grandpa’s stories about his life over Thanksgiving dinners. Your neighborhood or home owners’ association. Your local government. The local and national civic organizations to which you belong. Your professional organizations. Your national government. Our international organizations.

It also means you with your photographs on your cell phone of children’s classes, junior youth events, Ruhi study circles, summer and winter schools, Feasts, devotionals, firesides. Our spiritual assembly, regional teaching, and area teaching committee members. Our counselors, auxiliary board members and their assistants. Our flyers for programs and manuscripts of talks. Items related to our national Bahá’í communities. Accounts of our pilgrimages, written, photographed, or videotaped.

Archives in the World around Us. Two articles from newspapers provide examples of the importance of archives in the world around us. On March 30, 2017, the New York Times published an article (“In an Old Box, a Trove of Struggle”) about the University of Rochester’s acquisition of some one hundred letters from women’s suffragist Susan B. Anthony and others in the U.S. suffragist movement. The letters and other materials had languished in a wooden box in an attic; now they are providing additional insights into the struggle for women’s right to vote in the United States. From another area of life–war—comes a second example. In April 2017, as the one-hundredth anniversary of the U.S. entrance into World War I approached, Dear Abby published a column about an effort started twenty years ago to collect letters written during wars in which the United States has been involved. To date some 100,000 communications (letters to emails) from the American Revolution to Iraq and Afghanistan have been collected. They now reside in the Center for American War Letters at Chapman University in Orange, California.

Archives in the Bahá’í World Community. While Bahá’ís are participating in Core activities—Ruhi study classes, children’s classes, devotionals, and more—they are continuing to add to their history. Shoghi Effendi signaled the importance of historical records in many ways: with The Bahá’í World volumes, records of the growth of the Bahá’í community that he started in 1925; his translation and publication of Nabil’s narrative under the title of The Dawn-Breakers in 1932; the publication in 1944 of God Passes By, his history of the first one hundred years of the Bahá’í Faith; his Ridván letters recounting the events of the past year; the completion of the International Archives Building in Haifa in 1957.

During those first one hundred years, many from the first generation of Bahá’ís saved precious letters and relics from Bahá’u’lláh and the Báb. Subsequent generations during the second one hundred years have been saving letters and relics from ‘Abdu’l-Bahá and later generations, letters from Shoghi Effendi. As did Bahá’u’lláh, ‘Abdu’l-Bahá, and Shoghi Effendi, the Universal House of Justice continues the tradition of preserving history with, among other things, its Ridván letters; its extension in 1999 to the International Archives Building; its allowing its communications to be collected into volumes, beginning in 1996; its 2001 survey of the twentieth century called Century of Light. Today many national and local communities maintain archives. In the United States, Ed Sevcik, the chief archivist of the National Bahá’í Archives in Wilmette, Illinois, continues to run ads in The American Bahá’í, seeking letters from ‘Abdu’l-Bahá and Shoghi Effendi and from prominent Bahá’ís.

Training Bahá’í Archivists. The Wilmette Institute began offering the course How to Organize and Maintain a Bahá’í Archives mostly every other year in 2005 and annually since 2014. Through the course it has been training local and national archivists all over the Bahá’í world with the course’s faculty of trained archivists: Roger Dahl, Sue Rishworth, and Lois Walker. The next course will be offered in 2018, as the Institute has shifted the course forward by fifteen months from 2016 to move the three-month course out of the Christmas season.

What Are Archives Course Students Learning and Doing? Two learners from the course offered in September 2016 have agreed to share what they have learned about the importance of preserving Bahá’í history and the new skills they are turning to the service of the Bahá’í Faith and the Five Year Plan. 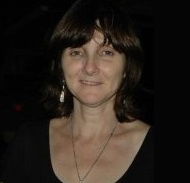 Diana Metreaud is a New York Bahá’í who lives at the Green Acre Bahá’í School in Eliot, Maine, USA. At the outset of the course, Diana set a number of goals, including archiving the slides of the now-defunct New York Bahá’í Summer School from its inception in 1971 through 2013; interviewing former attendees of the school; and gaining skills that will help her in “future projects in service to the Faith.” One of the highlights of her participation in the archival course was her interviews with those who had participated in the New York Summer School:

Especially dynamic has been the communication among former attendees of the New York Bahá’í School—those who have remained active members of the Faith and those who have not been in contact with Bahá’ís for years. There has been a timelessness to these reconnections through the media of the School’s Facebook page. I, too, experienced a sense of timeless communication while conducting video interviews. There is a natural ease of communication between souls when talking about shared spiritual experiences. It was not merely an academic exercise for the oral history participants but rather an emotional outpouring of treasured memories. Younger interviewees, who had attended the school as children all expressed that the school was a high point of their lives, which they looked forward to each year. Notwithstanding that children often take longer to acclimate to new environments, they shared that the session length of nine to ten days, enabled them to form lasting friendships and gain a sense of Bahá’í community. They said that the school in New York was special in that they were able to see the same friends each year, many from their region. They related that it had been a driving force in developing their own Bahá’í identity. Many of these children, now adults and parents, continue to serve the Faith in New York and worldwide. The spirit of the New York Bahá’í School was unique. It shaped the lives of many Bahá’ís and informed their service to the Cause through their attendance.

When Diana set goals for her participation in the archives course, one involved community building. Not only did she hope to record past school history, she also hoped that her “increased communications and spiritual connections” fostered during her recorded interviews would “promote positive feelings and enthusiasm among some of these same people, who still live in the area, with the aim of restarting the regional school.” An additional benefit was her coming to the conclusion that Bahá’í schools need to be longer than a two- or three-day weekend. These comments about gaining a sense of Bahá’í community and identity led Diana to the conclusion that “This makes a case for more regional schools with longer sessions.”

Another project that Diana undertook is “a personal archive project of conducting oral history video interviews with older Bahá’ís in various parts of the United States. Questions include how and when they became believers, the challenges and experiences encountered, services rendered, and future goals.” She says that she will transcribe the recordings and submit them to the U.S. National Bahá’í Archives.

Yet another skill that Diana developed is “a good system of transcription of audio files.” She says that “As voice-to-text software is being continually refined, I would want to employ this technology as a first step in the transcription process, and then review and revise the text.” This skill is serving her well as she transcribes the files on which she has been working, and it will also benefit the National Bahá’í Archives, as she has offered to “transcribe recordings of oral histories that are part of that Archives.”

Fran Otto is a retired Registered Nurse from Kansas City, Missouri, where she serves on the Spiritual Assembly. The community’s Assembly dates back to 1935, which prompted Roger Dahl, archivist emeritus for the National Bahá’í Archives in Wilmette, to ask her to look for gaps in records. Fran found that some are missing between 1960 and 1970. Her biggest take-away from How to Organize and Maintain a Bahá’í Archives 2016 is “a renewed respect for the importance of history” and a conviction that she must learn “more about the history of the Faith in Kansas City.” Among her plans are learning more about the early Bahí’ís in Kansas City, including the first African American Bahá’í and the first female Bahá’í and their contributions. Then she plans to develop “either displays or presentations that include teachings about the Faith and ties into the Five Year Plan.”

Fran has not started her projects yet, as she was not only taking the Bahá’í archives course but was also becoming a volunteer at the Truman Medical Center Archives (the Medical Center is the primary teaching hospital for the University of Missouri, Kansas City). Now she is figuring out how to apply what she has learned from both sources to her local Bahá’í archives. Among her new skills are understanding the importance of policies and procedures; the preservation of documents, including photographs and newspaper articles; inventorying the archive’s holdings; and finding a suitable place for the archives. She is also seeking the Spiritual Assembly’s guidance and looking for volunteers to train in archival principles “for this long-term endeavor.”

Of special importance during April, when National and Local Spiritual Assemblies are elected worldwide, Fran says this: “I learned the importance of making sure that Archives has a place in the [Assembly’s] Annual Report and of reporting to the Assembly yearly regarding the archival materials.”

Fran has a personal goal visiting the National Bahá’í Center in Wilmette to “view the Archives there.”

Archival Items Pop Up in Strange Places. Shari and Jerry Meyer, learners in another Wilmette Institute course, reported this as they hosted their final Feast before moving to another state: “In our process of weeding out our possessions and papers, we discovered something special that we shared at the Feast. Shari’s father had written a letter to Shoghi Effendi regarding some music he had composed. We found the original reply written by Ruhiyyih Khanum on behalf of the Guardian. On the back was a handwritten note from the Guardian to Shari’s father. You can imagine that this was quite a treat for those present to see and handle themselves. We will be sending this to the National Archives soon.”

How to Organize and Maintain a Bahá’í Archives 2018 is scheduled for January 8–April 8, 2018. For those interested in helping a local or regional archives, you might want to start discussing the matter with your local Spiritual Assembly, which might wish to give you a scholarship for the $150 three-month course. Sign up now before the class is filled.