“Religion and Public Discourse in an Age of Transition” 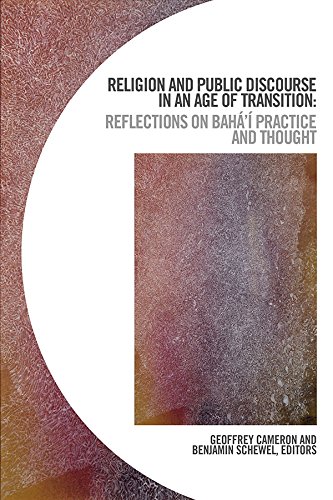 Technology, tourism, politics, and law have connected human beings around the world more closely than ever before, but this closeness has, paradoxically, given rise to fear, distrust, and misunderstanding between nation-states and religions. In light of the tensions and conflicts that arise from these complex relationships, many search for ways to find peace and understanding through a “global public sphere.”

Contributors to the book “Religion and Public Discourse in an Age of Transition: Reflections on Bahá’í Practice and Thought” address various aspects of this challenge within the context of Bahá’í thought and practice, whose goal is to lay the foundations for a new world civilization that harmonizes the spiritual and material aspects of human existence. Bahá’í teachings view religion as a source of enduring insight that can enable humanity to repair and transcend patterns of disunity, to foster justice within the structures of society, and to advance the cause of peace. Accordingly, religion can and ought to play a role in the broader project of creating a pattern of public discourse capable of supporting humanity’s transition to the next stage in its collective development.

In this webinar, co-editor Benjamin Schewel talks about the content of the book, as well as the process of collective inquiry that led to its creation. 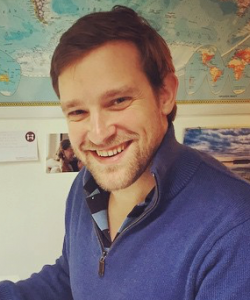 Benjamin Schewel is a Fellow in the Centre for Religion, Conflict and the Public Domain at the University of Groningen and an Affiliate Scholar at the Institute for Advanced Studies in Culture at the University of Virginia. He is also a Research and Policy Officer at the Bahá’í International Community’s European Office. He received a Ph.D. in philosophy from KU Leuven and has also held visiting positions at the Universities of Oxford, Cambridge, Utrecht, and Addis Ababa. His research concentrates on questions concerning religion and history. His book, entitled, Seven Ways of Looking At Religion, was published by Yale University Press in 2017. He is currently working on another book for Yale University Press, entitled Encountering the Axial Age.