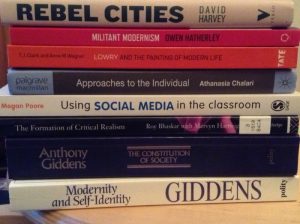 In this talk Mikhail Sergeev offers a new interpretation of the Soviet period of Russian history as a phase within the religious evolution of humankind by developing a theory of religious cycles, which he applies to modernity and to all the major world faiths of Judaism, Buddhism, Christianity, and Islam. Sergeev argues that in the course of its evolution religion passes through six common phases – formative, orthodox, classical, reformist, critical, and post-critical. Modernity, which was started by the European Enlightenment, represents the critical phase of Christianity, a systemic crisis that could be overcome with the appearance of a new religious movement such as the Bahá’í Faith, which offers a spiritual extension of the modern worldview. 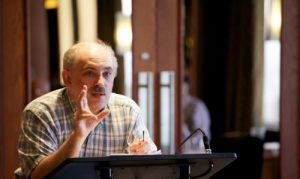 Mikhail Sergeev holds his Master’s degree in religious studies (1993) and a doctorate in philosophy of religion (1997) from Temple University, Philadelphia. He is the author of numerous articles on the history of religion, philosophy and contemporary art that have been published in Russian and American scholarly journals. He is also author and editor of nine books, including Theory of Religious Cycles: Tradition, Modernity and the Bahá’í Faith (Brill, 2015). Dr. Sergeev teaches history of religions plus philosophy and modern art at the University of the Arts in Philadelphia.