“Shaykh Tabarsi: A Turning Point in the Bábí Faith”

The episode of Shaykh Tabarsi in Mazandaran in 1848–49 was a turning point in the history of the Bábí movement in Iran. It was the first time that the Qajar state, hitherto content with incarcerating the Báb in a remote corner of the country, resolutely moved to suppress the Bábís. Near the end of the conflict, which lasted eight months, some 10,000 troops and irregulars were engaged in fighting a few hundred Bábís. The episode left an estimated 1,500 dead, almost a third of whom were Bábís. During this upheaval, half of the Letters of the Living, including Quddus and Mulla Husayn, lost their lives. Decades later the memory of this clash was still fresh in the minds of the inhabitants of Mazandaran.

What brought a band of Bábís to Mazandaran? What were the circumstances that led them to take refuge at the shrine of Shaykh Tabarsi? Why did they decide to stay and prepare for battle? What were their objectives? What were the consequences of the Shaykh Tabarsi upheaval? Drawing on the eye-witness accounts of some of the Bábí participants and other historical sources, we will attempt to answer these and other questions in this talk. 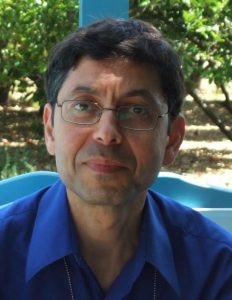 Siyamak Zabihi-Moghaddam holds a PhD in Middle Eastern history from the University of Haifa and has been visiting faculty at Western Washington University and Bennington College. His articles have appeared in the Journal of Women’s History, Journal of Religious History, Contemporary Review of the Middle East, and Iranian Studies. In addition, he has edited a volume of Persian primary sources on the 1903 massacre of Baha’is in Yazd (Baha’i-Verlag, 2016). He and his family live in Bellingham, Washington.