Sohrab Kourosh, “The Seven Valleys of Baha’u’llah: Reformation of Mysticism and Outline of Baha’i Theology” 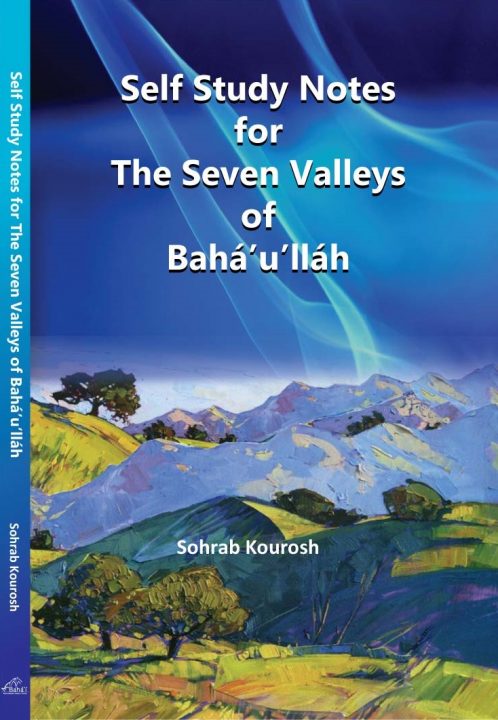 The Seven Valleys characterized by Shoghi Effendi as Bahá’u’lláh’s greatest mystical composition is generally considered a complex mystical treatise guiding the wayfarers in treading the path of spirituality. However, in The Seven Valleys Bahá’u’lláh while employing mystical language reformed mysticism by redefining the goal and path of mystical wayfaring and describing many theological concepts and fundamental principles of the Bahá’í theology, some of which were unprecedented in the history of the religious discourse. In this presentation several principles outlined in mystical language in The Seven Valleys and subsequently developed in The Kitáb-i-Íqán and other writings of Bahá’u’lláh are discussed and a methodology for facilitating the study of The Seven Valleys is provided.

Dr. Kourosh’s Self Study Notes for the Seven Valleys of Bahá’u’lláh is available online from the Bahá’í Distribution Service, here: http://www.bahaibookstore.com/Self-Study-Notes-for-The-Seven-Valleys-of-Bahaullah-P8186.aspx.

Dr. Sohrab Kourosh is Vice President and Senior Environmental Scientist of an environmental consulting engineering company in Texas. He was previously on the faculty of the University of Texas Southwestern Medical School. His diverse educational background includes B.S. and M.S. degrees in Mechanical Engineering, M.A. in Psychology, M.S. in Aerospace Engineering (rocket design), Ph.D. in Biomedical Engineering, and Juris Doctorate in Environmental Law. He has authored and published books and articles on Bahá’í subjects, papers in engineering and medical journals and has lectured internationally at scientific and Bahá’í conferences.