For Eric Stanton, who lives in East Lansing, Michigan, in the United States, the Wilmette Institute course on Some Answered Questions became something of a journey through his twenty-seven years as a Bahá’í but also a plan for the future. He started by noting this:

What is interesting is that the first time I read Some Answered Questions, my focus was on the Christian topics. Now that I’m revisiting it, twenty-seven years later, my interest gravitated toward the uniquely Bahá’í concepts that ‘Abdu’l-Bahá was presenting. I think internalizing the concepts in this book is going to be an on-going process. So, I plan to regularly reread sections of this text and continue study it in an in-depth manner.

Then Eric found that he had come to a completely new understanding of an important Bahá’í concept: 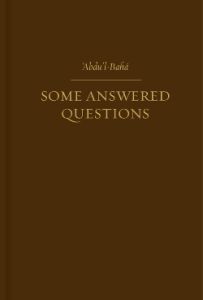 While I was taking this course, I was also listening to several lectures on Christian topics from a Catholic perspective. It was interesting to be engaged in both activities simultaneously. Through these lectures it is evident just how deeply rooted the concept of the trinity is in Christian theology, especially the notion that God became man in the form of Jesus Christ. In Some Answered Questions, ‘Abdu’l-Bahá points out the impossibility of a perfect, unknowable, omnipotent essence becoming an imperfect being. For Christian seekers He goes on to outline the concept of progressive revelation and describes the station of the Manifestations of God. The juxtaposition of studying these two theological concepts at the same time made me realize just what a paradigm shift in religious thinking Bahá’í theology is.

It has taken the dispensations of four Manifestations of Gods (Abraham, Moses, Jesus, Muhammed) for the bulk of humanity to accept monotheism and to superficially acknowledge the need for divinely revealed laws, the importance of forgiveness and love of neighbor, and submission to the will of God. However, unfortunately, during these dispensations, the adherents of each of these divinely revealed religions, over time became devoted to the lamp (the Manifestation) as opposed to focusing on the source of the light (God).

So, in my opinion, Some Answered Questions is emblematic of how the revelation of Bahá’u’lláh has revolutionized the way human beings view their station in creation and our understanding our relationship with our Creator through His intermediaries, the Manifestations of God.

Finally, Eric came to an important realization about the two halves of his life and about where he now needs to put his energies:

I am at an interesting point in my life. I am fifty-two years old. The first twenty-five years I was a practicing Catholic. For the rest, I have been a Bahá’í. Over the last year I have been struggling with my spiritual life, primarily because it is so difficult to follow the Bahá’í path. Sometimes being a Bahá’í feels so countercultural that it is like trying to swim upstream. Sometimes it feels like it would be easier to be in a faith community in which you could be more of a passive participant. 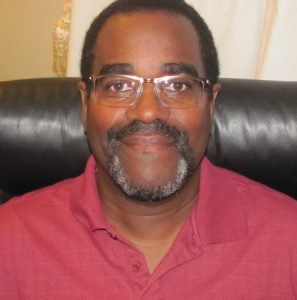 Revisiting Some Answered Questions has been good for me in terms of steadfastness. This course allowed me to revisit some of the reasons why I initially became a Bahá’í. The bottom line is the Bahá’í Faith makes sense logically. ‘Abdu’l-Bahá explains aspects of Christianity that never made sense to me before I became a Bahá’í.

To make a long story short, this course helped to me recommit. I truly believe in the veracity of the Bahá’í Faith, its teachings, and its theological explanations of the nature of physical and spiritual reality. In retrospect, I have not been having a crisis of faith. It has been more a crisis of fatigue and loneliness. So, I just have to work on these areas of my life.

And I am hoping that, as I internalize more of the concepts expressed in Some Answered Questions, I will be able to have better meaningful conversations with Christians.