Science and religion, according to the Baha´i writings, must go hand-in-hand. These ‟two most potent forces in human life,” according to these writings, ‟will  be reconciled, will cooperate, and will harmoniously develop.” When combined with the Baha´i affirmation of the fundamental oneness of religion, they provide an outlook on science and religion that focuses on the future, differing from conventional approaches preoccupied with arguing over the relevance of religion in an age of science.

In this webinar, we consider some implications of these teachings. We start by briefly reviewing Baha´i fundamentals about the harmony of science and religion. We then look at aspects of Baha´i metaphysical and cosmological perspectives.  Readied by this, we examine the critical need for a 21st century cosmology – a new worldview – that balances material and spiritual progress. We discuss the role that Baha´is might play in the development of that worldview. Looking at one Baha´i approach, we consider the worldwide implementation of The Culture of Learning.  We conclude by considering the possibility of the eventual establishment of universal scientific literacy. 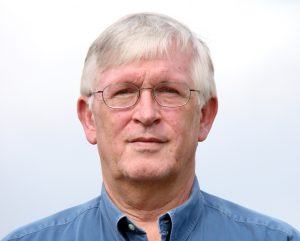 Stephen R. Friberg is a physicist living in Silicon Valley and working in the semiconductor industry. He has done pioneering experiments in quantum optics, optical telecommunications, and photonics, and is author of 46 technical papers, seven patents, and numerous scientific conference presentations. He has written and spoken frequently on science and religion and its relationship to the Bahá’í teachings, and is cofounder of the Science and Religion Special Interest Group of the Association for Bahá’í Studies.  He also is a cofounder of Common Ground, a blog devoted to faith, reason, science, and religion, and Japan’s Association for Bahá’í Studies.

A native of Socorro, New Mexico, Stephen grew in the intensely secular campus atmosphere of the New Mexico Institute of Science and Technology. He did his Ph.D. in physics – with a focus on quantum optics – under Leonard Mandel at the University of Rochester and his postdoc at Bell Labs and Bellcore in Holmdel and Red Bank, New Jersey. In 1988, he joined NTT Research Labs – the Japanese version of Bell Labs – and spent eleven years as a research physicist in Tokyo, Japan. He moved to Mountain View, California in 1999, spending time on campus at Stanford and starting a company before joining the semiconductor industry in 2005. He is currently working on building a science and religion discussion community in Silicon Valley and the San Francisco Bay area.