↓ Skip to Main Content
Home › Learners › “Telling Another Soul of the Dawning of the Day of God”: A Closer Look at Storytelling Course Improves Skills

“Telling Another Soul of the Dawning of the Day of God”: A Closer Look at Storytelling Course Improves Skills

A Closer Look at Storytelling, an anytime 24/7/365 course
Druzelle Cederquist 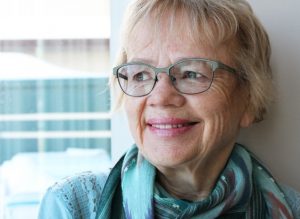 In its Ridván 2017 letter, the Universal House of Justice wrote that it was entreating “the one Beloved that the whole of this bicentennial year [marking the two hundredth anniversary of the birth of Bahá’u’lláh] may be filled with this joy that is purest and sweetest: telling another soul of the dawning of the Day of God.” That joy has a special potency in a bicentennial year, but it is not confined to one year. Telling the story of the New Day never goes out of fashion. But one can improve one’s ability to tell the story. That was what author Patricia Verge (a Bahá’í living in Cochrane in Alberta, Canada) found when she enrolled in the Wilmette Institute’s online course called A Closer Look at Storytelling, a 24/7/365 course created by faculty Druzelle Cederquist.

In six points Patricia tells us what she learned about storytelling and how she is putting her new understandings to good use in her own writing, in Ruhi study classes, and perhaps in a retelling of the story of Mulla Husayn during the bicentennial year marking the birth of Bahá’u’lláh’s forerunner, the Báb.

1. I learned a great deal by reading Druzelle Cederquist’s book The Story of Bahá’u’lláh. I find it extremely well written in a narrative style with many interesting details. As Ruhi Book 4 has had to be selective in what it includes, I was able to practice my skills by sharing stories each week from the book, which enriched the course.  I plan to continue this until we have completed Ruhi Book 4. 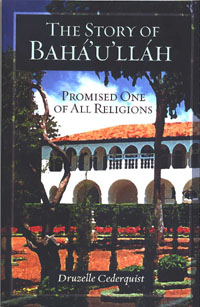 3. I used the storyboard skill, with minimum pictures because of a lack of artistic skill. But it did help me to organize the ideas and to remember details. I think I learned to seize on some of the important details of the stories I was featuring, and, if I cared about the story, my listeners might begin to care as well.

4. I feel excited about storytelling, without as many fears as I had before. The setting of the study circle really helped me to gain confidence. I hope to be able to share with larger groups with more assurance.

5. I did not realize that storytelling could be a tool of transformation, but, of course, it is. I am a writer and have learned so much and been so affected by stories in my life, so of course this is true. And our Bahá’í history has amazing richness to draw from. I enjoyed learning about Story Corps [“an American non-profit organization whose mission is to record, preserve, and share the stories of Americans from all backgrounds and beliefs”], and the idea that learning about others’ stories can greatly increase our understanding, empathy, and motivation to effect change.

6. I hope to improve my skills. I would particularly like to pull together the story of Mulla Husayn and perhaps be able to share it at some point during this bicentennial year. I hope to transfer some of the skills, such as attention to scenes and sensory details, to my writing.

The 24/7 course A Closer Look at Storytelling is on hiatus while Druzelle Cederquist writes another book. The Wilmette Institute will announce when the course is available once again. Patricia Verge’s learning may serve as an impetus for a trip to a local library to find books on the art of storytelling. We all need to take advantage of the sweet and pure joy during this bicentennial year to find new ways of “telling another soul of the dawning of the Day of God.”