On December 6, 2015, the twelfth and final Web Talk, marking the Wilmette Institute’s twentieth anniversary, will be held. Wilmette Institute faculty have delivered ten of the talks, which have covered art and spirituality, assessing the meaning of Bahá’í revelation, Bahá’í proofs for God, the Manifestation of God for this day, marriage serving humanity, science and religion, Shoghi Effendi and Bahá’í history, sustainability, women in the Holy Family, world federation, and more. The Web Talk experiment has proved so successful that you can look forward to another series of such talks in 2016. 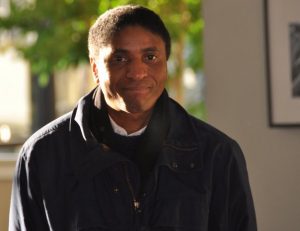 To bring the 2015 Web Talk series to a conclusion, Dr. Michael Penn will be talking on Sunday, December 6, about “The Nature of the Human Mind: A Bahá’í Perspective.” His talk begins at 2 p.m. Eastern time (1 p.m. Central Time, 12 noon Mountain Time, 11 a.m. Pacific Time, 7 p.m. United Kingdom, 8 p.m. Western Europe). To sign up for the talk, click here.

“The human mind,” Dr. Penn says, “is the greatest mystery of the natural world.” In his talk he will explore some of the unique insights into the nature of the mind contained in the Bahá’í writings. His purpose, he says, is to provide a brief and accessible Bahá’í-inspired perspective on some of the most important and elusive concerns that have animated psychological and philosophical discourse concerning the nature of mind.

Dr. Penn is a Professor of Psychology who studied psychology, religion, and history at the University of Pennsylvania and clinical psychology at Temple University. He has been a Professor at Franklin & Marshall College for twenty-five years and publishes research and theoretical works in the pathogenesis of hopelessness, the interpenetration of psychology and philosophy, human dignity and human rights, and the relationship between culture and mental health. He was a faculty member for the Wilmette Institute’s Spiritual Foundations for a Global Civilization (1995–2005).

In 2016, look for new Web Talks, as the popular series continues.