As the Gregorian year 2015 receded into the past, and the Wilmette Institute completed its twentieth-century celebration, it can look back on twelve months of great accomplishments and important new initiatives. 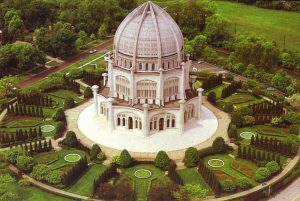 During 2015 the Institute ran 47 courses, 30 percent more than the 36 it offered in 2014. The courses attracted 1,211 learners, 20 percent more than the 1,014 during the previous year, residing in 52 countries. The maturing of the online discussions is harder to measure, but many courses had strong, vigorous, profound discussions with many learners making distinctive and original contributions. Over the last few years the quality of discussion has generally improved as people have become more comfortable with the way in which social media works. Faculty, too, have become more adept at adapting course materials to the needs and interests of the learners.

One notable achievement was the introduction of a course called Writing Histories and Biographies, which drew 40 learners. Students worked on biographies of notable believers from Africa, Canada, Iran, and the United States and received valuable encouragement and advice from the faculty and from outside experts on which the faculty was able to call.

Two notable achievements were prompted by actions of the Universal House of Justice. When the House of Justice released a new translation of Some Answered Questions, the Institute developed its first course on that work. When the House of Justice called for the worldwide implementation of the Badí‘ (Bahá’í) calendar, the Wilmette Institute developed a new course called The Badí‘ (Bahá’í) Calendar: Reshaping Our Material, Social, and Spiritual Reality. It proved to be so popular that the Institute offered it four times during 2015 to 50 learners each time. Students produced and shared with their communities many PowerPoints about the calendar and original calendar designs to help them and their communities internalize the new aspects of the Badí‘ calendar.

Yet another notable achievement was the Wilmette Institute’s first webinar—a course based primarily on live video over the World Wide Web rather than on texts to read. The topic was Bahá’u’lláh’s Tablet of the Branch. The course gave the Institute considerable experience with web video, and it plans to run two webinars in 2016. It will also use web video in other types of courses.

No doubt the most important development of 2015 was the Wilmette Institute’s free Web Talk series. Originally meant to be a special celebration of its twentieth anniversary, the Web Talks were so successful that the Wilmette Institute director quickly took a decision to make free monthly Web Talks a permanent service of the Institute. The first Web Talk by Dr. John Hatcher was an immediate hit, with far more people wanting to watch the webcast than the Institute’s service could accommodate. Eleven months later, over 4,428 people have watched the recording on the Wilmette Institute’s YouTube channel, which now has had over 25,000 views (14,700 of them the Web Talks)—at the beginning of the year it was just a few hundred. The number of subscribers to the YouTube channel has grown from a few dozen to over 500. The 2016 schedule of Web Talks is now taking shape. The Institute plans to add devotional/musical preludes by youth to the Web Talks to give them a greater spiritual dimension and to diversify their appeal.

The Institute’s publishing effort continued a slow ramp up in 2015. Eight projects by learners—art, essay, and PowerPoint—were published on the public website, and several more are pending. As our editing capacity expands, we will be able to post more learner projects and faculty work. Publishing is a key aspect of the Institute’s strategy to encourage and foster Bahá’í scholarship.

The desire to strengthen the Wilmette Institute’s capacity prompted the National Spiritual Assembly to expand the Institute’s Advisory Board. The new Board met in mid-October and decided on an ambitious Five Year Plan for 2016–21. Encouraged by the Universal House of Justice and the National Spiritual Assembly, the Institute is pursuing a very active effort to make it possible for learners to acquire university credit for selected Wilmette Institute courses. It hopes Bahá’í undergraduates will plan to include at least one course on the study of the Faith at an academic level during their college career so that their understanding of the Faith will expand as their understanding of the world broadens.

In addition to its existing courses and college-credit courses, the Wilmette Institute also plans to start “minicourses,” shorter, simpler, cheaper courses relying heavily on web video that will appeal to wider audiences. A pilot minicourse on the Hands of the Cause of God is scheduled for April and will be aimed to serve year-of-service youth. The Institute also hopes to offer courses for seekers and members of the community of interest and to branch out into courses in Spanish and Persian. Since many of these audiences will not be able to pay the Institute’s typical tuition, it plans to expand its fundraising steadily in order to bring in at least $300,000 during the next Five Year Plan.

Overall, 2015, the Wilmette Institute’s twentieth year, has proved to be a pivotal year. The Institute continues to steadily improve its courses. Now it is diversifing its offerings several fold and is preparing to develop two entirely new types of courses, one more difficult, one easier. As online education continues to assume greater importance in academia, the Wilmette Institute aims to expand in parallel fashion and to offer services that once were impossible or prohibitively expensive but that have now become relatively easy to provide.

As it moves into its twenty-first year, the Wilmette Institute also aims, as Donna Pickel, a learner from St. Marys, Ontario, Canada, put it in a six-word essay, to be a force for “Enriching learning, spiritual expansion, warm community.”