↓ Skip to Main Content
Home › Web Talks › Two January Web Talks: The Bahá’ís and the Ten Plagues of Egypt and The Spiritual Destiny of America

Two January Web Talks: The Bahá’ís and the Ten Plagues of Egypt and The Spiritual Destiny of America

The Wilmette Institute is opening its 2018 Web Talk series with two scheduled for January. Both are on Sundays, and both begin at 2 p.m. EST (11 a.m. PT, 7 p.m. UK, and 8 p.m. Western European). JoAnn Borovicka will lead off on January 14, talking about “Ten Plagues of the Exodus in the Light of the Bahá’í Writings.” Registration for the talk is now open. 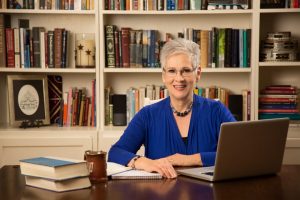 In describing her talk, JoAnn points out that “Many modern archaeological studies in Egypt and Israel point out that there is no material evidence of the biblical plagues of Egypt or of the Exodus itself, strongly suggesting that these accounts are not based on historical fact. However, Bahá’u’lláh and ‘Abdu’l-Bahá sometimes refer to elements of the Exodus story.” Then she asks, “How are these references to be understood? When Bahá’u’lláh and ‘Abdu’l-Bahá mention the Exodus—when they enter this traditional discourse—are they confirming the historicity of that biblical story, or is there another explanation?” JoAnn goes on to say that she will:

JoAnn began a Bahá’í/Bible research project eighteen years ago to collect questions related to the Bible that were of great interest to Bahá’ís, Christians, Jews, and followers of other religions; to find Bahá’í writings related to the questions; and to make the information easily accessible. In 2016 she published her research as Light of the Kingdom: Biblical Topics in the Bahá’í Writings, a compilation of Bahá’í teachings on biblical topics. It is available from the Bahá’í Distribution Service.

Dr. Reba Carruth will give the Wilmette Institute’s second Web Talk on January 21, the first in a trilogy of talks entitled “The Spiritual Destiny of America and the West.” Reba explains that the three talks will examine “the historical, Christian (Catholic and Protestant), socio-economic, institutional, and normative foundations of America and the West for the achievement of the unity of humankind, a world commonwealth, and world peace.” For, as ‘Abdu’l-Bahá has written, “The West has acquired illumination from the East but in some respects the reflection of the light hath been greater in the Occident.”

Thus Reba will explore the historical and spiritual convergence of Christian teachings and the Bahá’í writings and “their shared principles of governance, society, markets, scientific enlightenment for the public good, a commonwealth, and the protection of the natural environment.”

New Dates for the Carruth Trilogy. Reba’s first talk was originally scheduled for December but had to be cancelled because of technical difficulties. Those have now been resolved, and all three talks have been rescheduled as follows:

New Information on Signing Up for the Carruth Trilogy.