Bahá’u’lláh’s first proclamation to the kings and the history of the Bahá’í Faith in South Carolina are the final two Wilmette Institute Web Talks in its 2016 series. There is still plenty of time for signing up for both. You can do so by clicking here and then scrolling down to the November and December Web Talks. 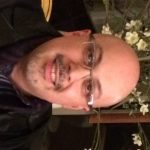 In his November 27 Web Talk, Shahrokh will focus on Bahá’u’lláh’s first letter to the kings. The webinar is also the first in his course The Epistle of Kings: A Comprehensive Study of Súriy-i-Mulúk, Baha’u’llah’s First Proclamatory Tablet to the Kings of the Nineteenth Century, which begins on the same day, November 27. (Enrollments are still being accepted).

Earlier in the year (January 17, 2016), Shahrokh gave a very-well received Web Talk entitled “Veiled and Concealed in the Hidden Habitation of His Inner Being: Revelation in the Siyah Chal.” It was the first of six webinars for a course on the three stages of Bahá’u’lláh’s declaration. You can view his first Web Talk here.

Louis Venters, in his December 4 talk, is making his first appearance in the Wilmette Institute’s Web Talk series. He will be discussing his book No Jim Crow Church: The History of the Bahá’í Faith in South Carolina, which has recently been released in a paperback edition available from the University of Florida Press and other retailers. Dr. Robert H. Stockman, in his review of the book, called it “possibly the best piece of history written about the American Bahá’ís to date. While it focuses on the Bahá’ís of South Carolina from 1898 to 1968, the book is also superbly contextualized, both in terms of South Carolina’s social and religious history and in terms of the development of the overall American Bahá’í community.”

All Wilmette Institute’s Web Talks are free and open to the public, but they require you to sign up in advance. Check “Web Talks/Webinars” in this issue; or watch for flyers and announcements; or keep checking http://wilmetteinstitute.org and then clicking on “Web Talks.”

The Web Talks use a system that transmits audio and video of speakers and the PowerPoint slides that speakers generally use. Audience members listening to the live broadcast can comment on the talks and ask questions by typing them into a “chat” box. Anyone viewing the talk at a later date will hear the questions and the answers from the live broadcast.

After a live Web Talk is given, it is generally posted on the Wilmette Institute’s YouTube channel, usually within 24 hours, where you can access most of the talks from 2015 and all of the 2016 talks already given.