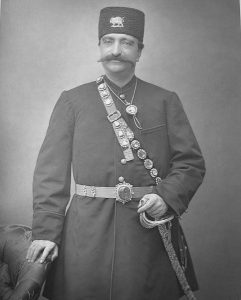 The four webinars that Shahrokh Monjazeb included in his February 2018 course called A Weighty but Gracious Summons to a Despotic Ruler: A Study of the Lawh-i-Sultán (Tablet to the King) are now available to everyone on the Wilmette Institute website. In the video sessions Shahrokh reviewed the entire contents of the tablet and explained various allusions and terms. But in February only the first video was open to the public (in the form of a Web Talk). Now the Wilmette Institute family can listen to and learn from the videos. Each presentation is approximately one hour long.

Bahá’u’lláh revealed the Tablet to the King in Adrianople in 1867–68. According to Shoghi Effendi (God Passes By 26, 173), it is Bahá’u’lláh’s “lengthiest epistle to any single sovereign.” In addition to inviting the Shah of Iran to “aid His [God’s] Faith and turn towards His justice,” Bahá’u’lláh delineates some of the most significant precepts of His Revelation. It was this tablet that Badí‘ carried to Násíru’d-Dín Sháh in 1869, resulting in the youth’s martyrdom.