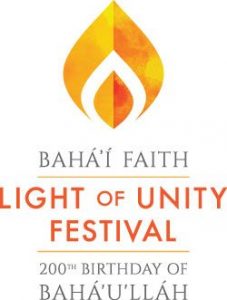 On Sunday, October 15, in honor of Baha’u’llah’s bicentennial birthday, Dr. John S. Hatcher will give a Web Talk called “In the Beginning Was a Word: How Language Knits Reality Together.” You will definitely want to put that one on your calendar and perhaps arrange for your community to watch it together. Like all Web Talks, it will be followed by question-and-answer questions.

The Wilmette has already hosted seven Web Talks, which are now available on its YouTube channel. Six additional Web Talks fill out the year.

All Wilmette Institute’s Web Talks are free and open to the public, but they require you to sign up in advance. They will also be available on Facebook and YouTube live (where you do not need to sign up).

The Web Talks use a system that transmits audio and video of the speakers and the PowerPoint slides they generally use. Audience members listening to the live broadcast can ask questions by typing them into a “chat” box. Anyone viewing the talk at a later date will hear the questions and answers from the live broadcast.

The 2017 talks and the questions and answers following the talk will be available on the Wilmette Institute YouTube channel some twenty-four hours after the live presentation, where you can also access the Web Talks from 2015 and 2016. Some talks now have closed captions that you can access by clicking on “CC” in the lower right corner of the video.