↓ Skip to Main Content
Home › Web Talks › Web Talk on Economics: A Thoughtful Supplement to the Universal House of Justice’s Letter on a Pathway to Global Economic Well-Being

Web Talk on Economics: A Thoughtful Supplement to the Universal House of Justice’s Letter on a Pathway to Global Economic Well-Being 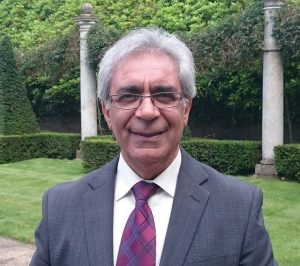 Dr. Hooshmand Badee, a Scottish Bahá’í, gave a timely Web Talk on March 12, 2017, entitled “Is There a Bahá’í Economic System?” It was available live on GoToWebinar and also on Facebook, with six Bahá’ís watching it at the Bahá’í Unity Museum in Seattle. Coming as it did twelve days after the Universal House of Justice released its March 1, 2017, letter about the pathway to global economic well-being, Dr. Badee’s talk is sure to provide additional information that will help you discuss economic topics with your friends and family.

The Web Talk itself is available on the Wilmette Institute’s YouTube channel. The questions and answers that followed the Web Talk are available in written form. The Wilmette Institute staff suggests this approach: Scroll through the PowerPoint to become acquainted with the outline of the talk. Then watch Dr. Badee’s talk to see how he fleshes out the ideas and prepares you for meaningful conversations. Finally, read the text of the questions and answers (more about those later).

Dr. Badee organized his talk into four sections: (1) an introduction; (2) the question “Is there a Bahá’í economic system?”; (3) distinctive Bahá’í teachings on economics; and (4) a conclusion.

Introduction. In his introduction, Dr. Badee said that his purpose was not “to solve economic problems in forty-five minutes” but to make his audience “aware of some alternative methods that are suggested in the Bahá’í writings.” He mentioned the timely release by the Universal House of Justice of its March 1 letter about economics in which “the vision of Bahá’u’lláh challenges many assumptions.” Dr. Badee then went on to talk about the increasing gap between the rich and the poor, noting that “The world really is in a mess” and that we have a long way to go. “The Bahá’ís, too, are part of the mess” and need to contribute to the solution. Thus his purpose was to discuss “some of the methods and alternatives, including ethics, needed to fix the problems of humanity.” Before moving on, Dr. Badee provided explanations of some words and concepts essential to understanding the field of economics: economy, system, the analogy of the human body as a system, economic systems.

Is There a Bahá’í Economic System? Dr. Badee’s answer to the question “Is there a Bahá’í economic system [at the present time]?” was an emphatic “No.” In this section of his talk, he discussed many quotations from the Bahá’í sacred texts, the writings of Shoghi Effendi, and the letters from the Universal House of Justice. Dr. Badee then elaborated on the meanings of “systems” and outlined the many components of a system that can be seen in the Bahá’í community. As to whether it is too early to envisage a Bahá’í economic system, Dr. Badee referred to a passage in the March 1, 2017, letter from the Universal House of Justice: “Of course, the future order conceived by Bahá’u’lláh is far beyond anything that can be imagined by the present generation. Nevertheless, its eventual emergence will depend on strenuous effort by His followers to put his teachings into effect today.” But, as to whether there will be a future Bahá’í economic system, Dr. Badee responded with an emphatic “Yes.” He shared a quotation from the writings of Shoghi Effendi, who has said that “the International House of Justice will have, in consultation with economic experts, to assist in the formulation and evolution of the Bahá’í economic system of the future.” Dr. Badee concluded with a summary of the points he made in the section.

Guiding Spiritual Principles on Economics. In the third section of his talk, Dr. Badee discussed guiding spiritual principles on economics, including: a balance between the material and the spiritual; the interdependence of all peoples and nations; the universality of Bahá’í economics; the need for economic equity, not equality; the need for equality and opportunity before the law of the land; economic justice; cooperation instead of aggressive competition; the promotion of social interest rather than self-interest; wealth control and wealth distribution; and the assurance that the means lead to the right ends. In this section Dr. Badee shared many quotations from the Bahá’í writings, and individual slides often contained suggestions for further reading. He also had a list of practical guidelines showing Bahá’ís how to appreciate wealth. He ended with spiritual principles for making the right choices.

Conclusion. Dr. Badee concluded by noting that “One of the central concepts in the Bahá’í Faith is the view that social structures are constantly changing, and so no single economic theory is always going to be suitable for the whole world.” Furthermore, he noted that this is not the time for creating an economic system. Rather, “The main priority of this time is engaging in the spiritual foundation of economics of the future within the Bahá’í community and to infuse these into the wider society.” We should also be working with like-minded groups and organizations that promote Bahá’í core principles, such as trustworthiness, truthfulness, justice, and service to humanity. At the end of his talk, Dr. Badee provided a long list of further readings: relevant statements from the Bahá’í International Community.

Questions and Answers. The enthusiastic audience asked many thoughtful questions and received equally thoughtful answers. But Dr. Badee decided to revise and extend his answers, which are now available in written form. Topics included progressive income tax, a universal currency, cooperative businesses, principles of profit sharing, paths of study for Bahá’í students interested in studying economics, and more. Click here for the link to the questions and answers.

Hooshmand Badee is an academic economist who obtained his PhD on Bahá’í economics from the University of Leeds in England. He has authored three books on Bahá’í economics, the most recent one being Principles of Spiritual Economics, which is available on Amazon. He has also presented numerous academic papers at international conferences. Dr. Badee was born in Iran and has lived in Bangladesh, Canada, the Caribbean, and England. He now lives in Scotland in the UK. He is married with three children and four grandchildren.