After Kathryn Hogenson’s Web Talk “The First Western Pilgrimage: A Turning Point in the Establishment of the Bahá’í Faith in the West,” the Wilmette Institute’s inbox was flooded with comments about the talk. One senses that there is a real thirst for more information about the origins of the American Bahá’í community. The Web Talk is now available on the Wilmette Institute’s YouTube channel. 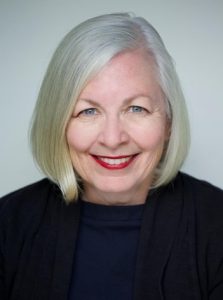 Kathryn’s compelling presentation of the first Western pilgrimage and her use of many photographs of early American Bahá’ís might explain why the response has been so enthusiastic. But her description of the talk was a big draw, as well, for a large live audience:

The first direct meeting of Western believers with ‘Abdu’l-Bahá marks a monumental moment in the development of the Faith outside of the region of its birth: the Middle East. The fifteen pilgrims included early believers who are well-known to students of Bahá’í history: Lua and Edward Getsinger, Ella Goodall (Cooper), Robert Turner, May Bolles Maxwell, Mary Virginia Thornburgh-Cropper, and, the one who made it possible —Phoebe Apperson Hearst.

The pilgrimage not only cemented and deepened the inner commitment to the Faith of those God-intoxicated pilgrims, it provided the spiritual fuel that allowed them to establish and fortify Bahá’í communities in North America and Europe. The fruits of their work even resulted in the spread of the Faith to Pacific regions and later to India. The pilgrimage corrected misconceptions commonly found among the early believers and placed the Bahá’í communities in the West on firmer footing by establishing, for the first time, a direct link between them and the Center of the Covenant, ‘Abdu’l-Bahá. Little wonder then that Shoghi Effendi stated [in God Passes By 258] that the first Western pilgrimage to the Holy Land “marked the opening of a new epoch in the development of the Faith in the West. . . .”

A number of listeners asked for the title to Kathryn’s book on which she based her Web Talk. The book is called Lighting the Western Sky: The Hearst Pilgrimage and the Establishment of the Baha’i Faith in the West. The book can be purchased from Amazon. U.S. readers can also obtain copies from the U.S. Bahá’í Distribution Service.

Among the comments about the Web Talk are the following:

I learned much and was inspired by the first Western pilgrimage talk. . . . As I listened to the stories of the first pilgrims’ experiences, I was reminded of the Hand of the Cause Zikrullah Khadem’s frequent statement, “Oh God, increase my astonishment.” I thought of the arduous travel the first pilgrims endured compared to our present-day travel to the Holy Places. We American Bahá’ís are so fortunate to follow in the footsteps of the first American believers and to have had ‘Abdu’l-Bahá’s brief stay.—DAN ALLISON

This was a most enjoyable webinar. Like your own courses [a reference to Robert Stockman’s histories of and talks about early American Bahá’í history], it was a window to that more contemporary history. A bridge. It offers a sense of the people, and to have Kathy telling the story was perfect. After her lecture, I realized I’ve had her book since 2014 but, like too many others, they sit on a shelf “to read.” She’s a good writer and offers me an example of how to make the transition from research to actually telling the story. I’m reading her book now.—BOBBIE KOLEHOUSE

Just wanted to share that my seemingly off-the-wall question for Katherine Jewett Hogenson about Robert Turner’s grave site wasn’t as baseless as it seemed. She came here to Nevada City, California, last winter as the primary presenter for our fourth annual Deepening Weekend. . . . As a result of Katherine’s presentation and her mention about Robert Turner’s modest gravestone relative to Phoebe Hearst’s massive mausoleum nearby, one of the participants donated . . . [money] to upgrade his marker. I thought maybe Katherine might have been in the loop on that activity. Still, I guess it was kind of a silly question.—PAUL MANTLE, Grass Valley, California

I loved this talk! Sat captivated throughout. Now about to read Kathryn Hogenson’s book for the third time!—THELMA BATCHELOR, U.K.

This video highlights the beautiful response of Phoebe Hearst in response to her understanding of the Bahá’í Faith and is an excellent presentation of the background stories of the first Western pilgrimage. . . . our community owes a debt of gratitude to the Hearst family for allowing us to see with our own eyes and hear with our ears the sight and sounds of the Kingdom of God on earth. And, even so, there is so much more in this video. Among the highlights are the mystic encounter in a tea shop that brought tears to our eyes, the brief mention of ending of mourning, and the brief mention of what an astonishing joy it must have been for the Eastern believers to see American, English, and French persons in their midst, all in adoration of the worshiping of the one true God. We appreciate Kathryn Hodgenson’s condensing the book down to an hour presentation. Very well done. Thank you. . . . We also appreciate the Wilmette Institute for hosting this and many other presentations. . . .—DEAN HEDGES 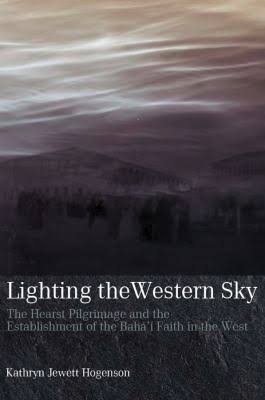 Thank you so much! I enjoyed the presentation, and I have read your [Kathryn Hogenson’s] book , and I feel it is an urgently needed contribution to the literature of the Cause.—PATRICK CONNOLLY, DuPont, Washington, USA

What is the title of her book? Really enjoyed the webinar. Thank you.—EILEEN HANKS

I very much enjoyed the session today. Thank you for your service. Also thank you to Ms Hogenson for her great talk. Well done.—FARAH RAMCHANDANI

The webinar on December 16, 2018, was wonderful! My first, and I found it engaging and informative! Thank you!—CHERYL FOLSOM

Thank you. I can’t say how much I appreciated the Webinar yesterday. We are looking forward to the video with images edited in. A million thanks for arranging this talk and making it available to us.—NATHALIE AUGER