Establishing departments to oversee the Wilmette Institute’s many course offerings became a reality in September 2017 when the Institute’s Director, Dr. Robert H. Stockman, held a series of meetings with eighty part-time faculty to discuss the plan. Discussion focused on the best number of departments to start with and the qualifications of chairpersons to coordinate each one.

It has been a long-time goal of the Wilmette Institute to set up departments. The desire became a more urgent need when the Institute signed an articulation agreement earlier this year with the United Theological Seminary of the Twin Cities (UTS) in New Brighton, Minnesota, USA , whereby UTS students are allowed to take for credit a group of core Wilmette Institute courses on the Bahá’í Faith. The agreement brought to the fore the need for the Institute to professionalize its operations further. The formation of departments is a step in that direction.

Discussions with the faculty before the September meeting led to a decision to establish just four departments initially. As the departments mature, they can be split into smaller and more focused areas of study. The Institute is starting with these departments:

The departments may have sections. For example, the Relationships Department (which has been experimenting with its structure for several years) already has two sections—one for Relationships and Marriage and one for Parenting and Family. Both sections already have official coordinators. The Department for the Application of the Bahá’í Teachings has a series of teams, one for each of the subjects listed above; they are free to organize themselves as they wish.

Chairs of departments, acting independently, will:

Because the chairs will devote considerable time to their work, they will be offered honoraria.

The reaction of the Wilmette Institute faculty to the plan to establish departments was extremely positive. Many voiced excitement that the Wilmette Institute is taking such a step, which moves it down a path toward becoming a professional institution of higher education. The Institute offers some 110 courses on multi-year basis. The only way that number can increase is if content experts take the lead in choosing and designing courses and finding faculty to teach them. Bringing professionals into departments in the Wilmette Institute will free the Director for long-range strategic planning and the staff for providing expert advice about formatting, handicapped access, and other important educational issues.

After the September faculty meeting, Dr. Stockman consulted with individuals interested in chairing the departments. On October 9 he announced that he had appointed Susanne Alexander, a relationship and marriage educator and coach, chair of the Department of Relationships, Marriage, Parenting, and Family, a position she had been informally carrying out with great effectiveness for the past five years. She will also serve as coordinator of the Section on Relationships and Marriage. Chelsea Lee Smith will serve as coordinator of the Section on Parenting and Family. 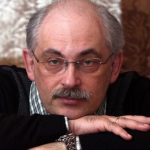 Mikhail Sergeev will serve as chair of the Department of Religion, Philosophy, and Theology. He holds a doctorate in the philosophy of religion and teaches the history of religions and philosophy and modern art at the University of Arts in Philadelphia, Pennsylvania, USA. 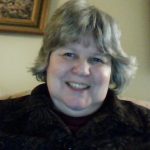 On October 28 Dr. Stockman announced two more appointments. Dr. Susan Maneck will serve as chair of the Department of Bahá’í History and Texts. She is an Associate Professor in the History and Philosophy Department at Jackson State University, Jackson, Mississippi, USA, where she teaches courses on Middle East and South Asian history, world civilization, and comparative religion. 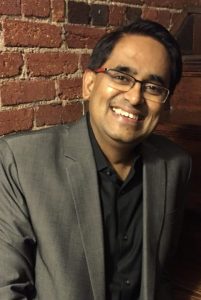 Mr. Vasu Mohan will chair the Department for Application of the Bahá’í Teachings. He brings to his new position over fourteen years of experience in democracy, governance, and human rights programing in Asia with a focus on the political, social, and legal empowerment of the disenfranchised—youth, women, ethnic minorities, and persons with disabilities

All appointments will run through Ridván 2019 and can be renewed. The announcements of the chairs immediately generated discussions about creative ways to move the departments forward.