Eight Bahá’ís were among the ten thousand religious studies professors and students who attended the annual meeting of the American Academy of Religion (AAR) and Society of Biblical Literature in Denver, Colorado, USA, November 17–20. The Bahá’í Faith was represented by a booth in the exhibition hall, four Bahá’ís presenting in a Bahá’í Studies Panel, and two presentations by Dr. Julia Berger, a Senior Fellow at the Bahá’í International Community’s United Nations Office. The visual face of the Bahá’í Faith was a booth featuring Bahá’í books and information about the Wilmette Institute in the Conference’s exhibit hall with 250 other exhibitors. Dr. Robert Stockman spent much of his time at the booth talking about the Bahá’í Faith and the offerings of the Wilmette Institute. 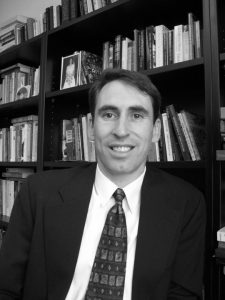 The Bahá’í Studies Group panel, now in its third year as a recognized part of the AAR’s structure, was one of some 2,000 sessions from which attendees could choose. Titled “Constructive Resilience as Faith-Based Nonviolent Activism in the Face of Repression,” the panel examined “constructive activism” as Bahá’ís’ efforts to construct new social norms, structures, and practices based on commitments to social justice. Because constructive programs can be perceived as an implicit challenge to vested interests supported by the status quo, they must be characterized by resilience—or constructive resilience—in the face of repression. Constructive activism can be thought of as the primary way in which the Bahá’í Faith seeks to change society through action.

Dr. Christopher White chaired the panel, which offered three papers. Dr. Susan Maneck, a professor of history at Jackson State University in Jackson, Mississippi, spoke about “The Bahá’í Concept of Islah-i-Alam or ‘Betterment of the World.’” She noted that Shoghi Effendi has translated this Arabic expression in the writings of Bahá’u’lláh in several ways, including “carrying forward an ever-advancing civilization,” “the reformation of the age,” and “the rehabilitation of the fortunes of mankind.” She also explored a number of positive and negative descriptions of “civilization” in Bahá’í scriptures, which often contrast the city (from which comes the word “civilization” in both Latin and Arabic) with the countryside.

Dr. Robert H. Stockman, Director of the Wilmette Institute, spoke about “Constructive Engagement and Constructive Resilience as a Response to Persecution of the Iranian Bahá’í Community.” He focused particularly on the Bahá’ís creation in the late nineteenth and early-twentieth century of schools, clinics, public bath facilities, a committee to settle disputes, and efforts to assist and resettle Iranian refugees fleeing from rural areas to Tehran to escape persecution. By the time of the Iranian Revolution in 1979, these efforts had resulted in the Persian Bahá’ís becoming one of the best educated, healthiest, and wealthiest groups in Iran. After the Revolution confiscated all of the Bahá’ís social and economic development facilities, the community strove to rebuild itself through the Bahá’í Institute for Higher Education, in spite of violent suppression, imprisonment, and martyrdom.

In the panel’s third presentation, Dr. Loni Bramson of the American Public University System spoke about “Ethnicities and Possible Strategies of Constructive Activism in Washington County, Oregon, through the Use of the Bahá’í Training Institute Process.” She discussed the youth and junior youth activities in her cluster—which is a Milestone Three cluster, meaning that many dozens of core activities are taking place—and mentioned some of the social benefits the classes have produced, including the reduced need for the police to patrol a neighborhood and successful action to secure resettlement funds for residents being evicted from an apartment building. 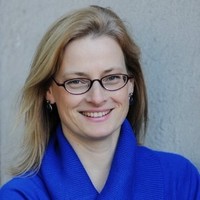 In addition to the Bahá’í Studies Panel, Dr. Julia Berger, affiliated with the Bahá’í International Community’s UN Office in New York City and Kent University in the U.K., gave two presentations. In the Political Theology Seminar (which explores the relationship between political theology and justice), she spoke about “Divine Polity: International Religious NGOs and the Pursuit of Global Justice” (which was also the topic of her 2018 doctoral dissertation at Kent University). She examined the theological constructs shaping religious NGOs’ (RNGOs’) pursuit of social justice in the international arena, analyzing the long-standing relationship between the Bahá’í International Community (BIC), an international NGO representing the worldwide Bahá’í community, and the United Nations. She argued that an understanding of RNGOs’ pursuit of justice in the international arena is significantly enriched by an appreciation of theological frameworks shaping organizational aims and methods, which prompts the question: To what extent can contemporary political theology help to illuminate what Wendy Brown, an American political theorist, refers to as the “post-revolutionary modalities of radical and political social transformations of our time.”

To the International Development and Religion Session (devoted to Religion and International Development: The Who, What and Why in Local and Global Context), Julia discussed “What is ‘Religious’ about ‘Religious NGOs’: Exploring Organizational Rationale in the Work of the Bahá’í International Community Engagement with the United Nations.” Her thesis was that “to understand more fully the engagement of nongovernmental organizations (NGOs) in processes of global governance—specifically NGOs that express a religious or faith-based commitment—we must consider both organizational actions and the rationale behind the actions, the “what” as well as the “why.” To study the underlying rationale, Julia introduced “the concept of the organizational substrate, a new analytical framework to draw out this undertheorized dimension of religious NGOs. In the case of religious NGOs, the logic of engagement illuminates the nature and expression of the ‘religious’ dimension of NGO activity.”

She went on to “establish the nature of the organizational substrate and demonstrate four ways in which” it had found “expression throughout the seventy-year history of the Bahá’í community’s engagement with the UN,” organizing “the history into four periods, each of which exhibits a distinct facet of the operation of the substrate.” “The historical approach,” she concluded, “highlights the generative nature of the substrate, namely its capacity to shape organizational behavior in a way that responds—creatively yet consistently—to continually shifting socio-political contexts and circumstances.”

The American Academy of Religion is the premier academic organization for the study of religion in North America. Thanks to the dedication of a small group of Bahá’í academics, at first some pursuing graduate degrees in religious studies and increasingly more with graduate degrees and university appointments, the Bahá’í Faith has had a presence at the AAR for thirty-four years. Today’s participants owe a debt of gratitude to Dr. Ann Schoonmaker, a Bahá’í with a PhD in Christian Theology from New Jersey’s Drew Theological Seminary. In 1984 she organized a panel on the Bahá’í Faith at the AAR. The Bahá’í Publishing Trust, prompted by the opportunity, rented a booth in the exhibit hall to display Bahá’í scholarly books.

Next year’s American Academy of Religion meeting will be held in San Diego November 23–26, 2019.