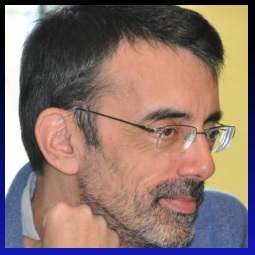 When Marco Oliviera, a Bahá’í from Portugal, completed the Wilmette Institute’s course Bahá’í Theology: Concepts of God, Revelation, Manifestation, Creation, Humanity, Afterlife, and Covenant 2017, he chose as his final project a comparison of Bahá’í and Catholic concepts of revelation. He used the Bahá’í writings and Dei verbum, a document from the Second Vatican Council promulgated by Pope Paul VI in 1965. Dei verbum, Latin, literally means “the Word of God.” Marco not only wrote an article on the topic; he also prepared an illustrated PowerPoint called “A Bahá’í Perspective on the Roman Catholic Dogmatic Constitution on Divine Revelation.” Then Marco’s journey began:

Later I decided to ask feedback about my article and PowerPoint from several Bahá’ís. One the them—JoAnn Borovicka—not only sent several feedback comments but also said that the presentation was worth sharing at the ‘Irfán Colloquium in Acuto, Italy. I had heard about the ‘Irfán Colloquia, but I never thought of going there, much less speaking there! Anyway, I submitted my presentation, and it was accepted.

In early July 2018 I had the opportunity to make a forty-five minute presentation on the question “When we talk about divine revelation, what differences and similarities exist between the Catholic Church and the Bahá‘í Faith?” To answer this question, I used Dei verbum and discussed some basic Catholic beliefs on divine revelation and explained its differences from and similarities to Bahá’í teachings on the topic.

The presentation was well received by the Bahá’ís, mainly from those who live in predominantly Catholic countries, who took the opportunity to ask many questions. Some even asked for a copy of my PowerPoint to translate into other European languages (Spanish, Italian, and French).

One of Marco’s friends, Giuseppe Castello, shared the following (which Marco translated from Italian), about the talk:

Marco’s talk, which compared the content of each chapter of Dei verbum with the Bahá’í teachings, was a very precise oral presentation, supplemented with a comprehensive PowerPoint. It was received with great interest and attention by the attendees in the session, which included substantially all the participants in the ‘Irfán Colloquium.

The presentation highlighted the important similarities and differences that exist between the Bahá’í Faith and Catholicism about divine revelation. A rich session of Questions and Answers, albeit with its limitations for time reasons, ended the presentation.

In my opinion, the presentation can be well used for deepening classes on the subject for Bahá’ís and others. One of the participants expressed the intention of translating it in Italian language.

Congratulations to Marco for a successful presentation based on his final project in the Wilmette Institute’s course on Bahá’í Theology 2017 and for sparking interest in having his PowerPoint translated into Spanish, Italian, and French.