“Women of Consequence in the Life of the Báb” 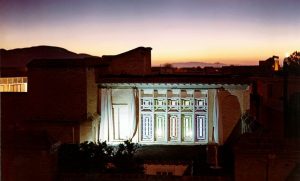 The House of the Báb at night
Image: bahaikipedia.org

Women have played important roles in all religious dispensations, but never treated as men’s equals in religious history. In the age heralded by the Báb and inaugurated by Bahá’u’lláh, justice has been declared the hallmark, equality of men and women a cardinal principle. The restoration of the rights of women, who constitute half of the human population of the world, entails treating them fairly in history. Upholding the principle requires a fresh look at every practice that has in the past contributed to women lagging behind. One such practice has been minimizing the importance of the roles they have played in religious history. Recognizing the value of their services to the advancement of the Cause of God is directly linked to promoting justice and equity. The bicentenary celebration of the birth of the Báb presents excellent opportunity to learn about the women closely related to Him, who have suffered patiently in His path and made unique contributions to His Person and His Cause. The webinar scheduled for June 2, 2019 is about women closely related to Him who stand out in stature and the poignancy of their services. Top on the list are Fatimih Bagum; His wife, Khadijih Bagum and her sister, Zahra Bagum. Their lives will be discussed in light of the Writings revealed in their honor and about them. 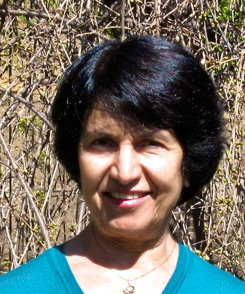 Baharieh Rouhani Maani, born and raised in Iran, studied Persian literature at the University of Shiraz before pioneering to Kenya in December 1960. To meet the criterion for including the Bahá’í Faith in the curriculum of the newly established Department of Philosophy and Religious Studies at the University of East Africa, University College, Nairobi, she registered as a student in academic year 1969-1970 and took courses for credit in Islamic History, African Tradition in Religion and Religion in General.

After eleven years in Kenya, in December 1971 she joined the staff of the Bahá’í World Center, where she served in various capacities for about thirty-eight years. In August 2009 she relocated to Washington, DC, where her daughter and her family live. She is a researcher, author and translator, has published several books and numerous articles on the status of women in religion and other topics.